50 explained his involvement in the company as an owner rather than licensing out his image, and provided a rundown of the specifications for the over-ear headphones: 16-bit lossless wireless technology allowing up for four headsets to sync up from up to 50 feet away.

“I wanted to offer something that didn’t exist in the marketplace, and I feel like I did it, so I’m proud of this project.”

Additionally, 50 explained some of his latest charity efforts. “I also started Street King, an energy drink project that I partnered with the United Nations World Food Programme to provide a meal with every drink that’s sold. …Through SMSAudio.com, I provide 250 meals to feed Americans…Hunger’s not a third-world issue – it’s a world issue.”

Finally, Fif also discussed his upcoming album, Street King Immortal. “My new album will actually be out November 13, the first single off of that project is ‘New Day.’

Myself, Alicia Keys, and Dr. Dre. The record is going up the charts now.”

Watch the interview below, spotted at HHNM: 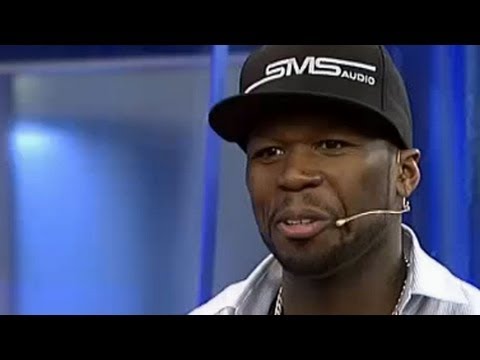