Common earned the top spot with 261 thumbs up and 28 thumbs down for Nobody’s Smiling. For some reason, readers argued about Common and 50 Cent in the comment section for the album sales article. “Common makes mature adult music,” one anonymous commenter said. “50 is more cartoon music for trailer trash and wannabes, many people would rather support trash like 50 Cent because they think its ‘cool’ to support music about crack and guns instead of substance. Look how the 50 fans are bragging about how he flopped a single every week with no respect for the few fans he has left.” Another user, also anonymous, disagreed:  “50 music is full of substance you just a hater im not gonna even name tracks real fans know.” 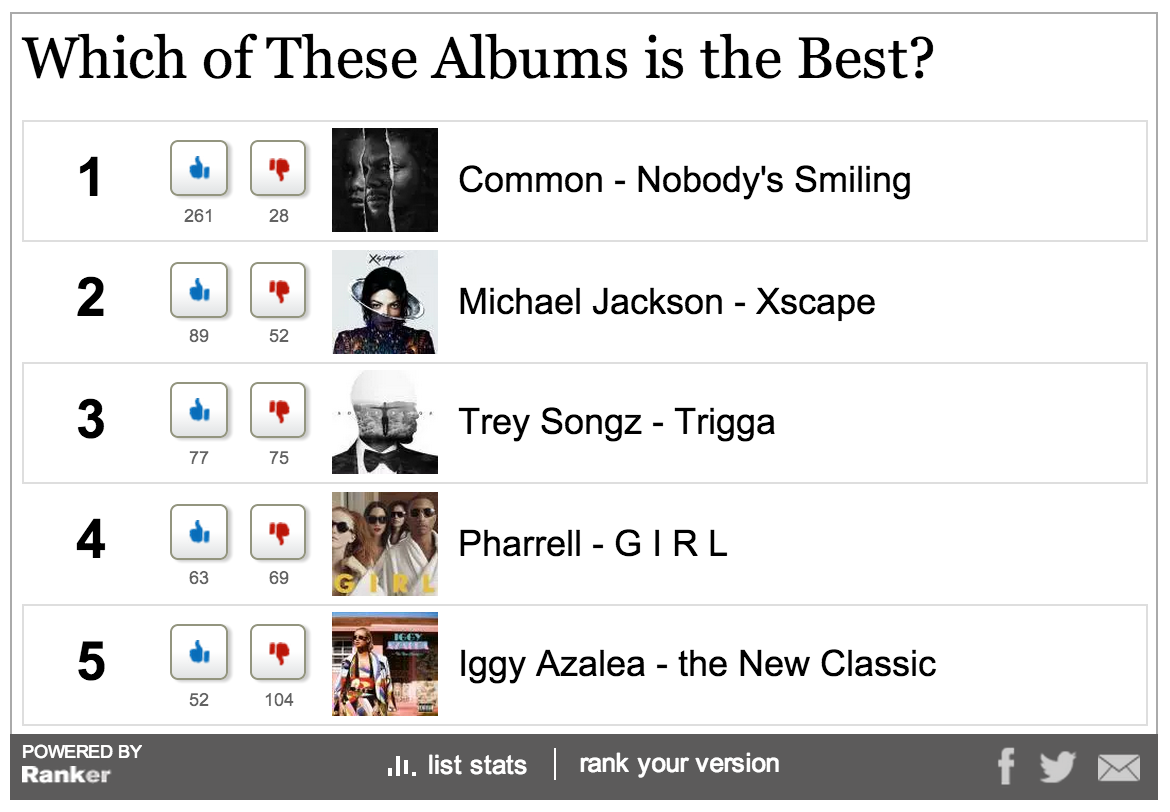