Atlanta rapper Waka Flocka Flame is just one of a handful of celebrities named in a lawsuit filed by 23-year-old Jahmel Binion. Months ago Waka Flocka, former basketball star Shaquille O’Neal, and NBA player Trey Burke all poked fun of Binion, who suffers from hypohidrotic ectodermal dysplasia (which causes missing teeth and facial deformities), on Instagram and Twitter.

“The defendants mocked and ridiculed the plaintiff, a person completely unknown to themselves in public forums where their activity would be widely disseminated,” the lawsuit says, according to the Macomb Daily. “The defendants’ communications clearly implied that the plaintiff was an appropriate object of mockery, ridicule and shame [and] had the effect of lowering the plaintiff’s reputation in the eyes of those who respected the views and opinion of the defendants.”

The mockery started when Shaq posted a side-by-side picture of himself and a toothless Binion on Instagram with the caption, “Smile today.” Waka Flocka and Burke soon followed suit with pictures of their own.

All three of the men named in the lawsuit did reach out to Binion after the pictures were posted, apologizing for their actions. But Binion revealed to the Macomb Daily that he felt the apologies weren’t sincere.

“When they said sorry, I felt like they were saying it to get the pressure off of them for being considered ‘bad people,’” Binion said. “Even though I accept their apology, I still hope that they donate to my cause or other organizations that connect with ectodermal dysplasia.”

A screen capture of Waka Flocka, Shaq, and Burke apologizing to Binion via Twitter, and Shaq’s initial photo can be found below. 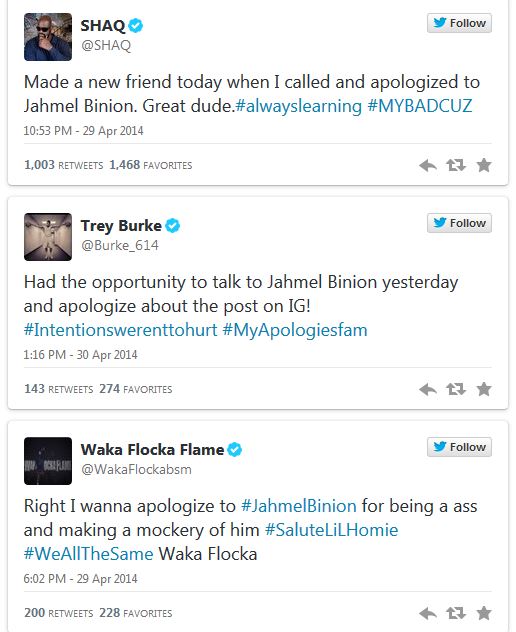 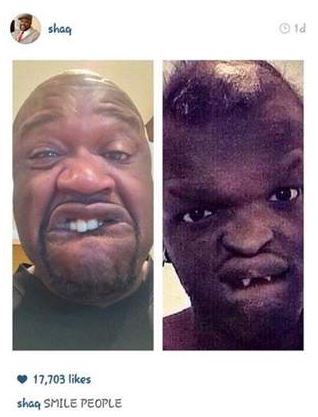