The Beastie Boys’ Paul’s Boutique, which was released through Capitol Records July 25, 1989, turns 25 today. The album, which was reissued in 2009, is the critically acclaimed follow-up to the trio’s Def Jam debut, Licensed To Ill. Paul’s Boutique is one of the group’s most beloved efforts and it features the singles “Shake Your Rump” and “Hey Ladies.” Here’s a look back at the album that helped solidify the group’s status as one of the most celebrated Rap trios of all time.

In 2009, when Paul’s Boutique was reissued, the album earned a 5 X out of 5 rating from HipHopDX.

During that year, Pitchfork awarded the album with a 10 out of 10 score. “As it turned out, [the Beastie Boys] created an album we’ll probably never hear the likes of again– good thing it’s deep enough to live in forever,” Pitchfork says in its review of the reissue.

“No matter what the group does in the twilight of their career, Paul’s Boutique will always define the Beastie Boys,” HipHopDX said at the time. “It is the perfect balance between their frat boy rap debut and the hard edge funk that carried their next two albums. They weren’t fighting for their right to party or fighting to free Tibet, they were just trading bars while making obscure pop culture references.”

Rolling Stone gave the album a 4 out of 5 when it was released. “[Licensed toIll] was often credited solely to scratch-meister producer Rick Rubin and seemed destined for the one-shot-wonder bin,” Rolling Stone said at the time. “When the Boys weren’t being called Monkees for not playing instruments, they were being called Blues Brothers for plundering a black music form and making more louie off it. Compounding the usual pressure of a follow-up, the Beasties split from Rubin and his label, Def Jam, over a royalty dispute and set up shop in L.A., far from the urban blight of New York that fueled the pillage-and-anarchy lyrics of their debut. Yet with the dense, crafty Paul’s Boutique (produced by the Dust Brothers, including Tone-Loc helmsman Matt Dike), the Beasties reinvent the turntable and prove they’re here to stay.”

Although Rick Rubin was not part of Paul’s Boutique, the producer is often cited as an important part of the trio’s career. In July 2013, Rubin spoke about Paul’s Boutique and the impact the album had.

“I think in some ways [their sophomore album] Paul’s Boutique was a reaction to Licensed To Ill, because I think they wanted to do something different, and I think Pauls Boutique, in their mind, was different,” Rubin said at the time. “I remember hearing Paul’s Boutique and it blowing my mind.

“I really loved it,” he added. “I thought it was the future. When it came out, it wasnt very well-received, but it was really a brilliant album.” 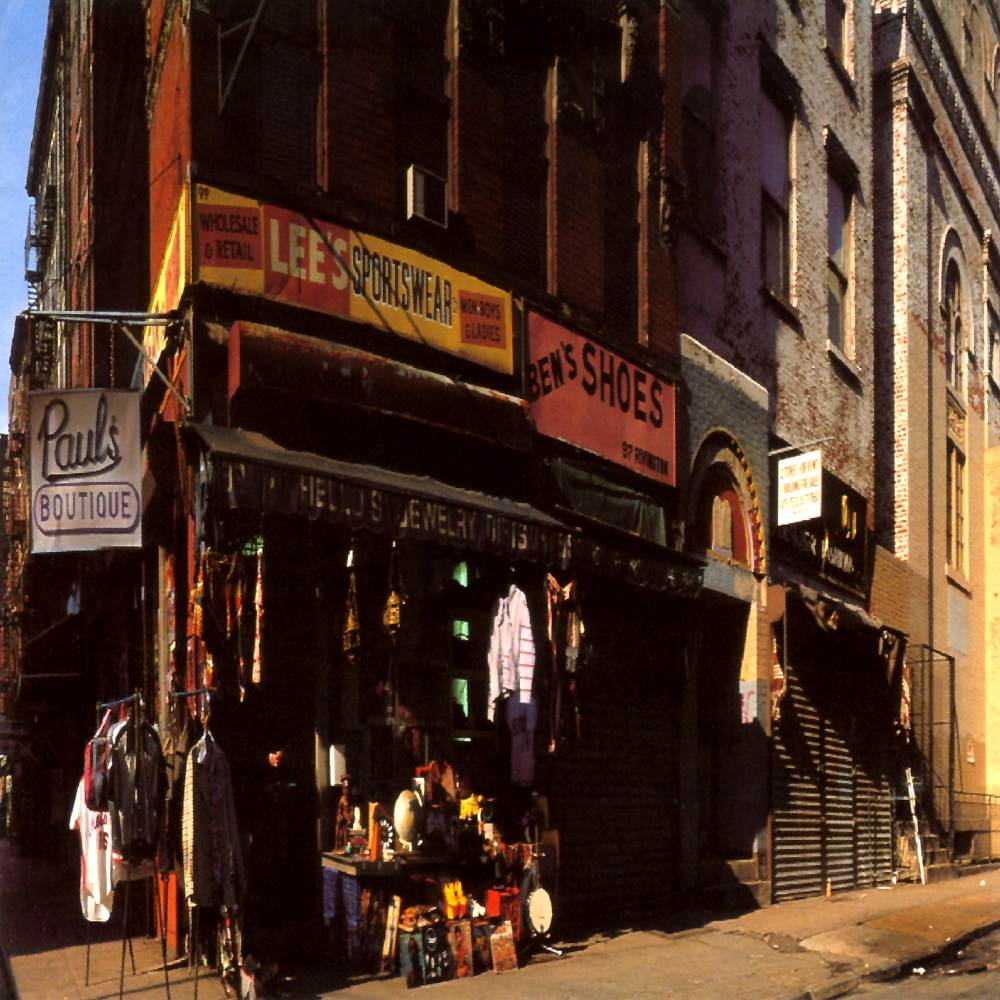 Paul’s Boutique’s cover art has had an impact on headlines for years. In January 2011, the inspiration behind Paul’s Boutique, a thrift shop, burned down.

In December 2013, Beastie fans petitioned to have the intersection featured on the album, Ludlow and Rivington Streets, renamed after the Beastie Boys. LeRoy McCarthy, who helped spearhead the petition, spoke about this.

“I think the Beastie Boys represent New York in a certain way,” he said at the time. “They grew up here. They are New Yorkers.”

“We have not been able to tour since MCA, Adam Yauch, died,” Mike D said in an interview with New York Daily News. “We cant make new music.”