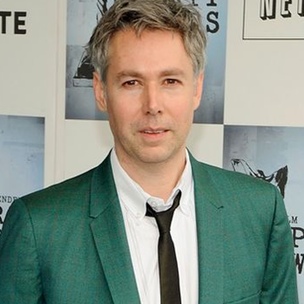 Graditude: The Impact Of MCA And The Beastie Boys

Attempting to eulogize your favorite Hip Hop artists is messy business, and it’s best left to family, friends and industry peers that best knew them. Yet, we can reasonably assume musicians sign record deals in hopes of potentially reaching millions of listeners, and making enough of an impact that those listeners feel some kind of bond despite not being immediate friends or family. When Adam “MCA” Yauch died on May 4, 2012 many a eulogy was written, and we have no desire to add our names to the list of those that have already done an admirable job. But since the Beastie Boys won’t record or perform with their original lineup again, it’s only right to try and explain just why they had such an impact.

Whether you were gravitated toward Hip Hop and/or Rock in 1987 or happened to be a basketball fan when the rookie class of 2008 entered the league, you were most likely impacted by something MCA and the Beastie Boys made. That’s a range that spans over 30 years—from “(You Gotta) Fight For Your Right (To Party)” to MCA’s preps-to-pros basketball documentary Gunnin’ For That #1 Spot. And we haven’t even mentioned 2009’s Hot Sauce Committee pt.2. From their seamless music and cultural fusion of Hip Hop with Rock, the integral part they played in Def Jam’s formative years (despite only releasing one album on the label) and the way they brought the issue of race to Hip Hop’s doorstep without jumping on the proverbial soapbox, the Beastie Boys should be celebrated not mourned. And for us, that doesn’t just extend to the two-week period after MCA left the physical form.

“Our beats are bigger and better and longer / Got real rock shit / You must admit / Not fake not false not counterfeit / I can play the drums / I can play gituar / Not just b-boys / But real rock stars…” –MCA, “Rock Hard”

Jake Paine: One of the reasons I fell in love with Hip Hop is sampling. That’s a big part of why De La Soul is my favorite active group in the culture. I loved the fact that they (with tremendous credit to early producer Prince Paul) kept the listener guessing at what was next. You go back to De La Soul Is Dead, and you hear a mosiac including music from Chicago (the band), Thin Lizzy, Bob Marley, Tom Waits and The Doors. It’s not always Wyclef-Diddy-esque cover songs where you know exactly where it comes from, but it affirmed me early on that Hip Hop is not an “other” in music, and that musically, the genre is not on an island, but an audiophile’s playground.

The Beastie Boys are right there with De La. Certainly, Paul’s Boutique is the true benchmark in sampling, long holding the record for most sources of found-sound on one major album. However, even from the jump, years prior, the Beasties were a band that sampled other bands (literally and metaphorically), and used a deejay to help make music that often defied genre.

One of my favorite Beastie Boys songs of all time is “Jimmy James.” Produced by the inexcusably under-sung Mario C. The song is a tribute to guitar icon Jimi Hendrix, set in a way that’s both sample-Rock and Hip Hop. Like so many of the trio’s songs, it had appeal on Rock and Urban radio, and (I believe) not on the basis of race. Listening to the record, even 20-plus years later, it surprises me. It’s easy to get lost in its music, numbed by its lyrics, and it is that type of record that truly is an active listen, a game-changer on any playlist. There was a gestalt approach to music-making in the Beastie Boys, and the only easily definable trait in all of it was “cool.”

Jake Paine: Russell Simmons once told me, as he’s been quoted elsewhere in saying that the Beasties’ lone Def Jam release, their 1986 debut Licensed To Ill, was integral to the success of the label later on. Not only did Mike D and the two Adams give Rick n’ Russ-era Def Jam a critical hit, but the ongoing catalog sales of the album helped the label survive during really poor commercial and critical times. Although LTI, is my least-favorite Beasties album of their first 10 years, without it, I/we might not have things like Prime Minister Pete Nice & Daddy Rich’s Dust To Dust or Erick Sermon’s Double Or Nothing.

I think beyond helping Def Jam’s Accounting Department, Licensed To Ill represented a working model for the label on edginess. Whether Public Enemy, Onyx or Redman, it allowed the most recognizable record-jacket in Hip Hop to still be willing to challenge conventions. Plus, like Run-DMC, The Beastie Boys are often wrongfully associated with Def Jam. The label gave them the ball and believed, but you’ll hear about them for one album with the label, versus close to a dozen with Capitol. I remember Ras Kass and I discussing how MC Hammer helped keep Capitol going, especially in the Urban Music sector. Truthfully, just as they’re often wrongfully credited at one label, they deserve much more credit at another. MCA was integral to all of that.

“Brooklyn Bronx Queens and Staten / From the Battery to the top of Manhattan / Asian Middle-Eastern and Latin / Black White,New York you make it happen / Brownstones water towers trees skyscrapers / Writers prize fighters and Wall Street traders / We come together on the subway cars / Diversity unified whoever you are…” –MCA, “An Open Letter To NYC.”

Omar Burgess: For people that supposedly live in a “post-racial” society, we sure hear a lot about people that buck the racial status quo. And I’m of the opinion that we hear those comments so frequently because we in fact don’t live in a post-racial society. But what we do live in is an era where there are people open to and appreciative of other cultures besides their own. Without having personally known MCA and the Beastie Boys, I think it’s safe to say they were those types of people, and their music brought such like-minded people together.

As many of us would eventually and hopefully gladly discover, despite being largely performed by black artists, Hip Hop was a global movement that embraced all backgrounds. The Beastie Boys played a huge part in that, and they weren’t oblivious to that fact.

“When we first came out making Hip Hop, people were mainly surprised because no white kids were really up on Hip Hop or doing it too much,” Yauch said, during an interview for the documentary Looking For The Perfect Beat. “I guess a lot of kids would check it out and just be surprised to even hear that we were making that kind of music. We’d hear, ‘What, you guys are white?’ They’d think we were Puerto Rican.”

Aside from the occasional quotes like Yauch’s above, I never really heard them talk or rhyme about race. And for reasons that I can’t really articulate right now, I’m glad they didn’t.

On the sonic energy spectrum that exists solely in my mind, tracks like “Remote Control,” “Sabotage” and “Fight For Your Right” rank somewhere in between GZA’s “4th Chamber” and Nirvana’s “Smells Like Teen Spirit.” I’m no Rock aficionado, nor do I claim to be. But I think Mobb Deep’s Prodigy was on to something when he said Hip Hop was “Heavy Metal for the black people” on “Allustrious.”  That same rebellious, youthful culture and energy is shared across the DNA of Rock and Hip Hop for people of all races. You can draw a direct line from MCA, Ad Rock and Mike D to a similar fusion that occurred with Run DMC, Public Enemy and The Bomb Squad and even recent works like Killer Mike’s R.A.P. Music. The Beastie Boys may not have been the first to stumble upon that audio alchemy, but they may have been the best. Over the years, you have to assume they began understanding just how much of a unifying force their music was. And since many true Hip Hop fans—regardless of their race or background—felt the same way, maybe there was no need to say what everyone else already knew.

Omar Burgess: For those of us whose lives are intertwined with popular culture, there are times when can feel as if the losses of the MCAs, Chuck Browns and Donna Summers keep mounting. There’s a lot of truth and sincerity in the condolences and platitudes you hear when someone famous dies—but that doesn’t make them any more enjoyable to hear. Many musicians, particularly Hip Hop artists, don’t get the recognition they deserve while they’re alive. But MCA was one of the few pioneers that bucked the trend.

Somewhere fairly early on, we all collectively looked back at the Beastie Boys and thought something to the effect of, “Holy shit! Something special is going on here.” Vh1 Hip Hop Honors tributes were coordinated, and MTV moon men were bestowed. In addition to the nine albums they gave us, we can hold out hope for the shelved Hot Sauce Committee pt.1. Mike D, Ad-Rock and MCA won a Grammy. Yauch’s Oscillioscope Laboratories earned Oscar Nominations for both the 2009 military drama The Messenger and the Banksy-based 2010 documentary Exit Through The Gift Shop.

I never remember hearing a somber Beastie Boys song. Things got increasingly serious as the trio got older, and the times (and their maturing interests) demanded it. Maybe because of our own selfish reasons and fears about our own mortality, the passing of revered artists becomes a somber occasion. Respect is due no doubt. But hopefully the quiet reflection gives way to celebration of a legacy. Because there’s a hell of a lot to celebrate.