It is hosted by DJ Whoo Kid and features Flocka’s renditions of Drake’s “0 to 100” and Kanye West’s “Blood on the Leaves,” along with original production from Mike WiLL Made-It, The Southside and 808 Mafia.

The mixtape features appearances from Troy Ave, Fastlife Curt and BJ the Chicago Kid, as well as Ron Browz, who appears on the final track, “Hundredz.”

In a May interview with HipHop DX, the rapper credited Steve Aoki with putting life back in him musically. In the same interview, he said in 2010 that he told DJ Whoo Kid, “I ain’t got no lyrics.”

I Can’t Rap Vol.1 is available for download at DatPiff.com.

The I Can’t Rap Vol.1 cover art, tracklist and mixtape stream are as follows: 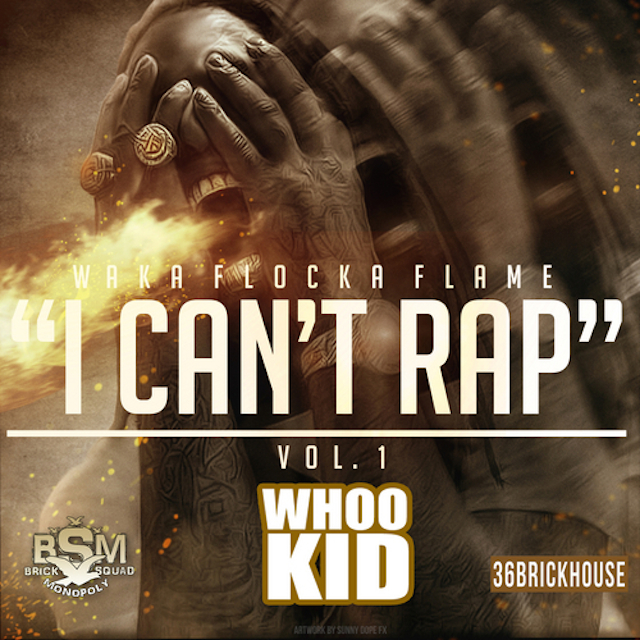