Jay Electronica Says "The Game Is A Clown Circus" 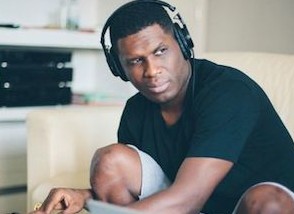 Jay Electronica criticized the music industry with a series of Twitter posts made yesterday (July 14). The rapper’s message with these posts is as follows:

Some of Jay Electronica’s posts have since been deleted. The screenshot below captures Electronica’s Twitter posts, as reported by XXL. 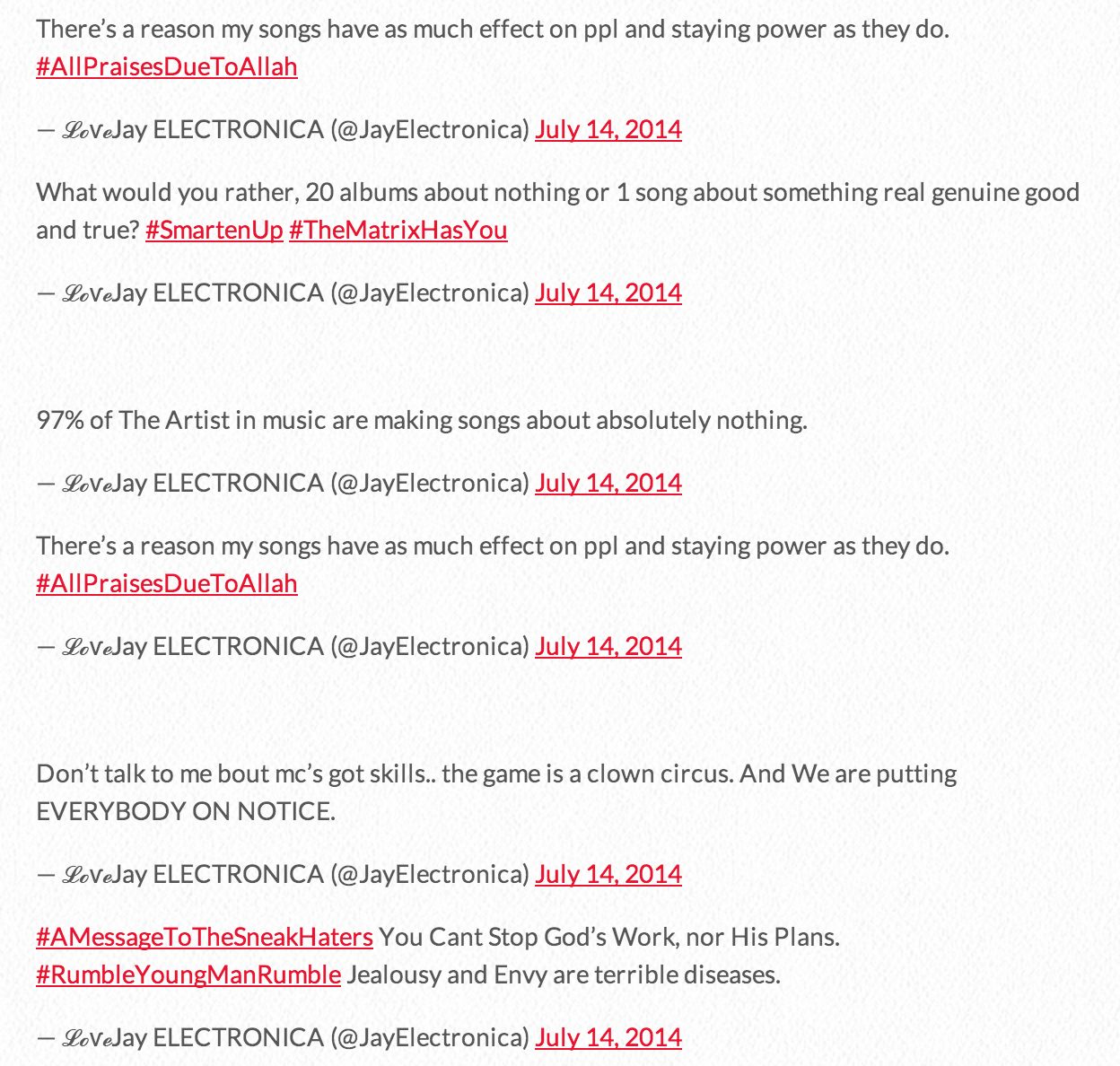 While some of the above posts were deleted, Electronica uploaded several messages to Twitter moments ago. His more recent statements are as follows:

“Take control of your life and your destiny! The Time is Now! The Power is in your hands! and to all of the naysayers and negativity spreaders on my timeline, know of a SURETY that you have absolutely NO POWER here…and you look corny, nd sound real dumb. #WisenUp #SmartenUp…i am not JUST A RAPPER in as much as Muhammad Ali was not JUST A BOXER. #RumbleYoungManRumble…Take control over the things in your life that are blocking you from your #GreatDestiny! #TheTimeIsNow! #TheTimeAndWhatMustBedone! #EveryMagicTrick consists of 3 parts or #Acts. #AreYouWatchingClosely…ps if Hov, Nas & other greats and legends recognise me as one of the greats and a legend, what do i care about Your little #amateur opinion?” 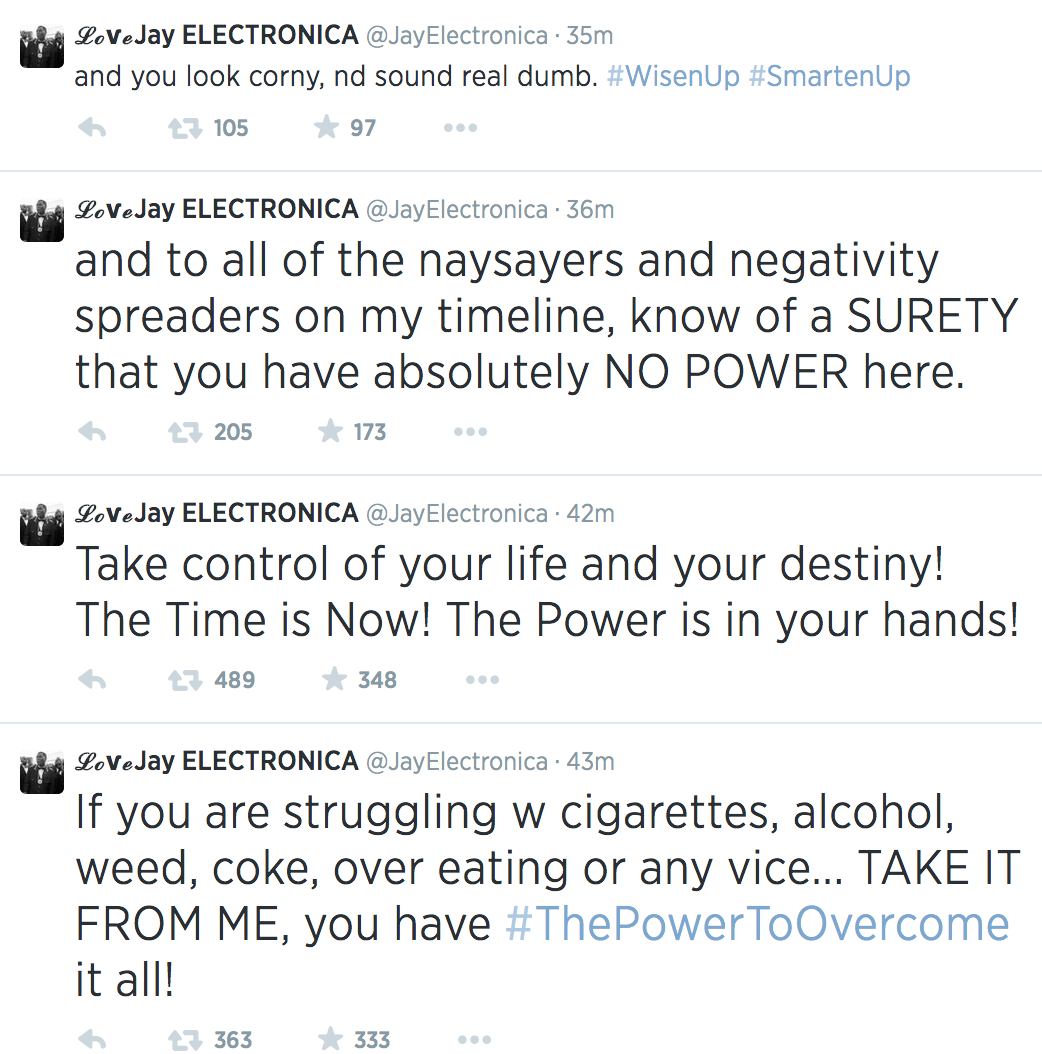 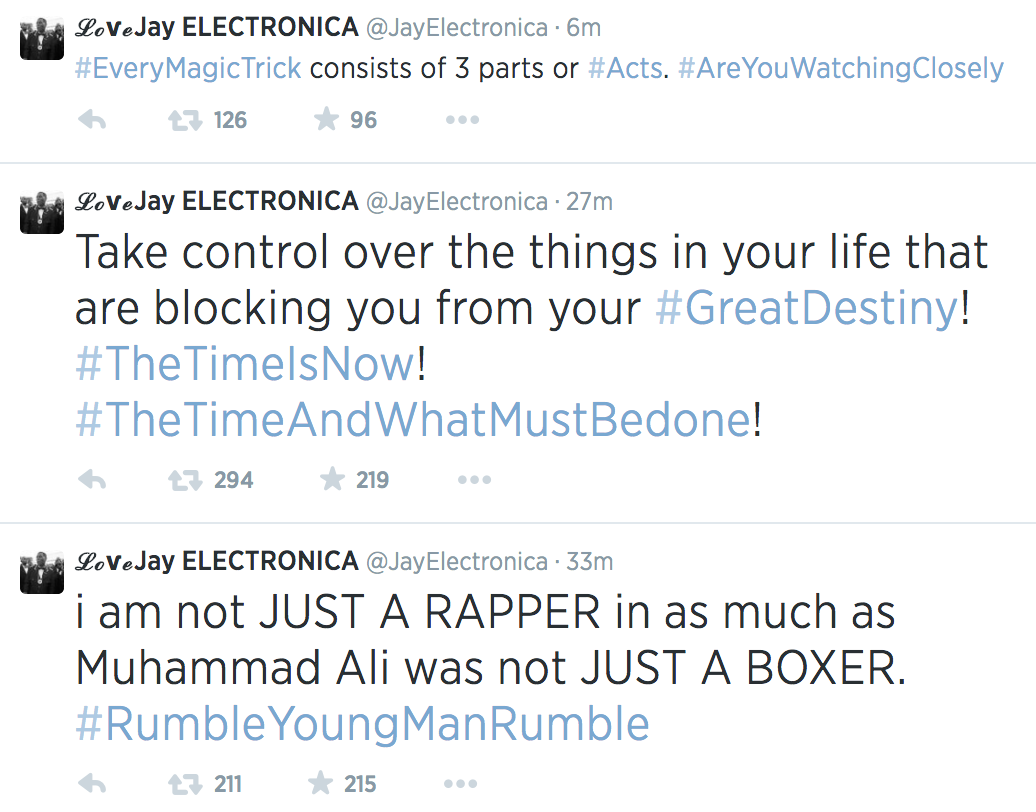 Earlier this year, Electronica made a series of Twitter posts about the state of Rap, also. During that exchange, the emcee said he has the best verse on Big Sean’s Kendrick Lamar-assisted “Control.”