It features 21 tracks from most of the artists that XXL crowned as their 2014 Freshmen.

Chance The Rapper does not appear on the project, which is hosted by DJ Drama.

This is the final promotional project for the 2014 XXL Freshmen. Other projects include cyphers and roundtable discussions.

The XXL Freshmen 2014 Mixtape is available for download at DatPiff.com.

The XXL Freshmen 2014 Mixtape cover art, tracklist and mixtape stream are below. 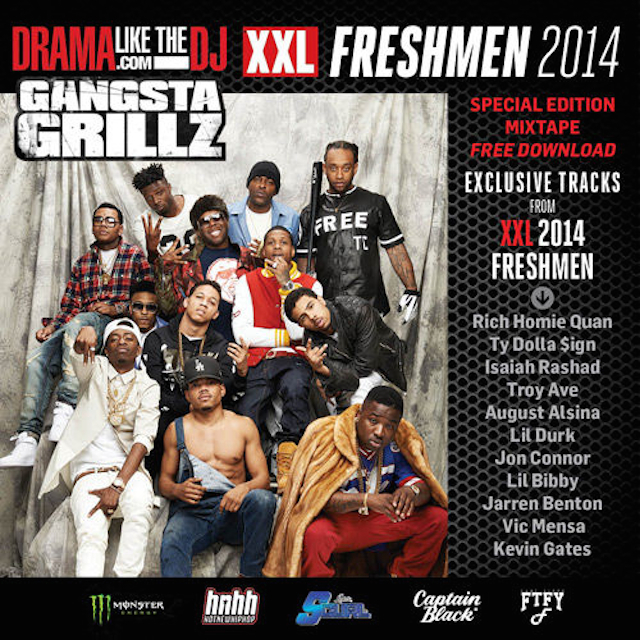 6. The Good by Jon Connor

7. Pain In My Eyes by Jarren Benton

19. Gimme The Loot by Jarren Benton

20. Cool On You by August Alsina

21. What You Live For by Lil Bibby