J. Cole is slated to perform tracks off The Warm Up exclusively on this run as it is the project’s five-year anniversary.

The mixtape, which is streaming on HipHopDX, was released in 2009.

Cole spoke about the project and how it compares with The Come Up during a 2010 interview with HipHopDX.

“I think The Come Up was way more raw [than The Warm Up],” Cole said at the time. “It’s raw, just straight rappin’. I am just trying to prove I can really rap with anybody. I can hang with anybody. I was trying to keep up with the [Lil] Waynes and all that at that time. And then The Warm Up was more so me trying to show that I can put together an album and a body of work, something with songs, and a concept, and it flows, and a sequence that tells a story. So that’s more like what The Warm Up was about. I think my style was more represented with The Warm Up. That’s my style now.”

To listen to J. Cole’s The Warm Up, click here. 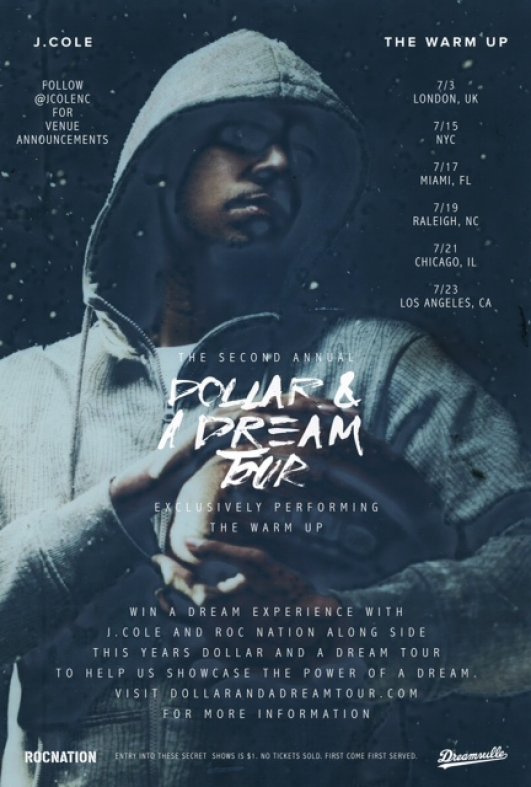 RELATED: J. Cole Speaks On His Production Abilities, “The Warm Up”