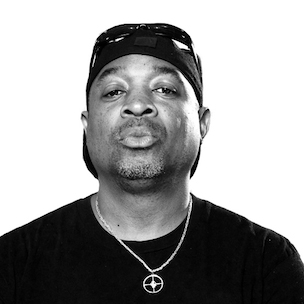 Chuck D posted a picture of himself yesterday (June 1), showcasing a look that he says he has when he thinks about New York radio station Hot 97’s impact on Rap.

“The look on my face after I heard what a sloppy fiasco @hot97 in NYC has made of HipHop. #culturalCrime,” Chuck D said in the Twitter post.

One of Chuck’s followers responded by saying Hot 97 has to “pay the bills like everybody else.” To this, Chuck said: “yeah slavery paid bills too, correct?”

He elaborated: “bottom line is you make sht better than how you found it. You buy a house, don’t take care of it, a town is calling u out..”

In 2012, Chuck D spoke with HipHopDX about his thoughts on radio.

“The consolidation of radio stations was like the worst thing ever done to music,” he said at the time. “Look, man, conscious record versus unconscious record, political record versus street record, that’s a bunch of bullshit really. [On an artist’s album pre-consolidation] there were always two to three songs for the hood, for your mom’s or whatever – by every artist. I think when it became formula to continue to just cut joints and you’re pressured to sell – Understand this, niggativity has always been popular and has always been a money-maker in America. Blacks [being degraded and] looked upon at our lowest has always sold – just like slavery itself – more than something that happens to be high standing on its own two feet … to this day. So we shouldn’t be surprised if somebody makes a conscious move to make a quote-unquote positive record and that doesn’t fly out of the record stores, and you make something that might just be talking about stripping or drug-dealing in the year 2012 and it happens to rise because it [works] in the club. I don’t think it’s unfair to measure the music by its quantity instead of its quality …. And too often Rap music and Hip Hop is weighed in bubblegum type standards.”

The look on my face after I heard what a sloppy fiasco @hot97 in NYC has made of HipHop. #culturalCrime pic.twitter.com/wn2FhHToHa

RELATED: Chuck D Explains How Bill Clinton Ruined Radio And Why You Have No Choice But To Re-Elect Barack Obama