Iggy Azalea landed in last place with 27 thumbs up and 47 thumbs down for The New Classic. While Iggy landed in last place, some readers celebrated the rapper. A reader named Fred said, “Iggy is doing great!!” Nevertheless, others criticized the emcee. An anonymous reader critiqued her with the following statement: “Iggy’s single just went platinum and it is terrible. She is like the white Nicki Minaj but from Australia and with weak bars.” 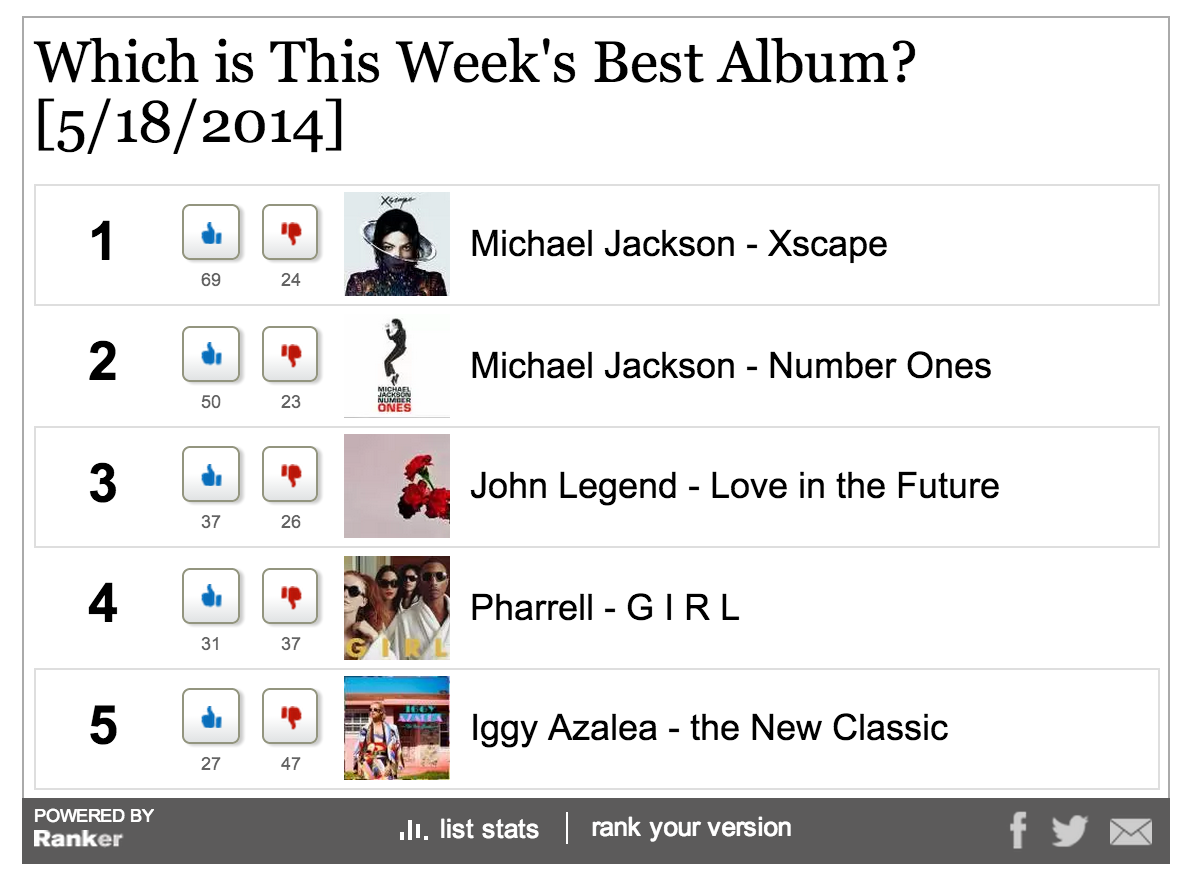