The two exchanged various disses and threats after one user on the popular social networking site commended ScHoolboy Q after user @EvilJeanyis stated that “If it aint nipsey or suga free westside hate it.”

ScHoolboy Q then chimed in, informing those in the conversation that their favorite rappers in Los Angeles open for him.

Screen captures from the exchange can be found below (via HotNewHipHop). 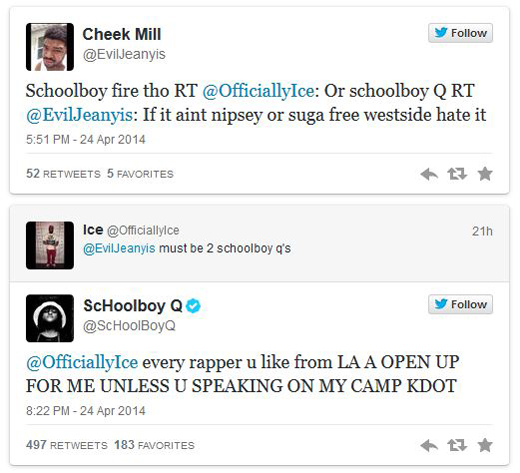 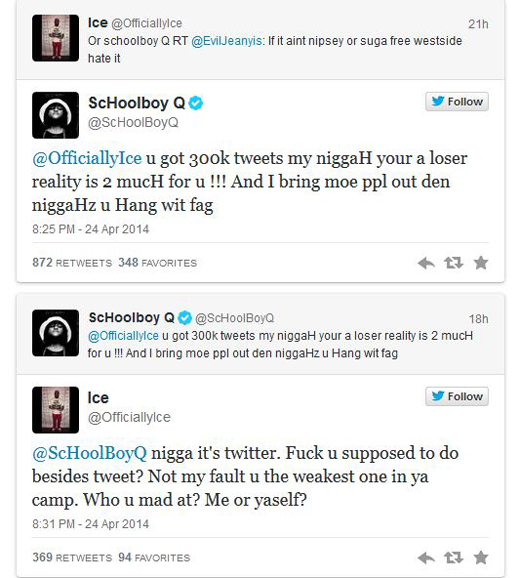 Following the initial remarks, both Q and Twitter user @OfficiallyIce, who has over 60,000 followers on Twitter, proceeded to exchange comments aimed at one another with @OfficiallyIce referring to the TDE emcee as the weakest artist in his crew. 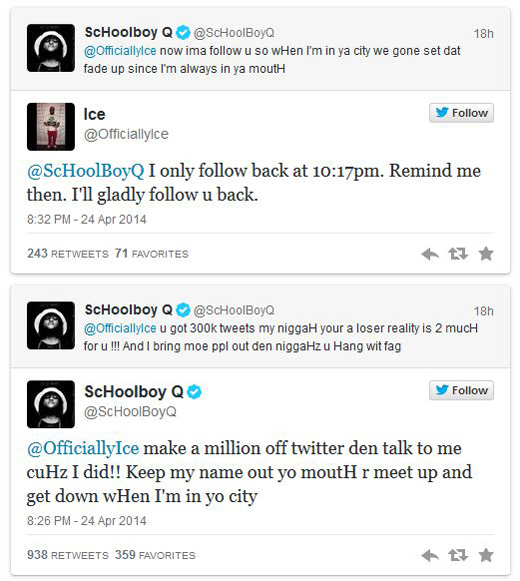 Earlier this month, ScHoolboy Q used Twitter to critique his newly-released The Source magazine cover. His tweet can be found below.

I’m Hot tHa source cleaned my beard up on tHa cover!! Lol let me b ugly cuHz embrace it!!! Lmao tHanks tHo

RELATED: ScHoolboy Q: “I Love Interscope, But I Wish I Could Have Just Stayed With TDE”