Freddie Gibbs x The Worlds Freshest are scheduled to release The Tonite Show on May 13. The track list and cover art are below.

Worlds Freshest, a Bay Area representative also known as DJ Fresh, handles the bulk of production on The Tonite Show. Features on the collection are set to include E-40, Problem, Trae Tha Truth and Sir Michael Rocks.

Yesterday (April 21), the Gary, Indiana gangster rapper made headlines due to a twitter exchange with HBK from Doughboyz Cashout.

In January, Worlds Freshest released a similar collaborative album with Texan Trae tha Truth, The Tonite Show with Trae The Truth. Freddie Gibbs appears on “Wid It,” the first cut off Trae the Truth’s project with Worlds Freshest.

The Tonite Show cover art and tracklist are as follows: 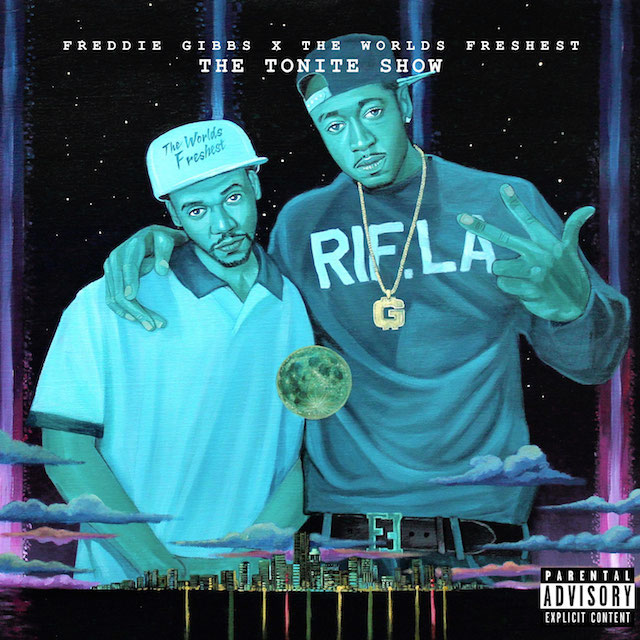 UPDATE: Freddie Gibbs x The Worlds Freshest’s The Tonite Show project is now available for stream. It is as follows: