Freddie Gibbs and Madlib announced the release date for their upcoming album, Piñata, yesterday (January 30). The album, which is set to feature 17 songs, according to the duo’s press release, is “a gangster Blaxploitation film on wax,” according to Gibbs. The rapper also discussed the project, which is slated to be released March 18 via Madlib Invazion, in the press release.

Additionally, Madlib has said that Gibbs is one of few rappers who could handle a complete project produced by him.

“My stuff, it ain’t fully quantized,” Madlib says. “It has more of a human feel, so it might slow down or speed up. So you have to be the type of rapper, like Doom or Freddie, who can catch that, or else you’ll be sounding crazy.”

Gibbs, who says he did that “to perfection” on this project, is also joined on tracks by Mac Miller, Early Sweatshirt, Ab-Soul and Scarface, among others.

In April 2013, Gibbs spoke about the project, then titled Cocaine Piñata, with HipHopDX.

“I’ma tell you the truth,” Gibbs said. “I had a dream, dog, that I had a little baby. The little baby’s birthday was here and shit. You know I like Latina girls and shit, man. I want to say all of my girls speak Spanish and shit. Anyways, so the baby would probably be a Mexi-nigga or some shit. So it was like a little nigga-Mexican baby and shit. That nigga wanted a piñata, man, in the dream, man. I don’t know. I must’ve been cooking some dope or some shit that week, because the nigga started hitting the piñata, and it wasn’t shit but dope falling out the piñata. I was just like, “Damn, man.” They was just kids playing in the dope. They was just playin’ in the dope. It was little four-year-old kids hitting dope in piñatas. I don’t know. It was a crazy ass dream. So, I just called that shit Cocaine Piñata.”

The duo has also announced the following concert dates, as per 2DopeBoyz.

UPDATE: Freddie Gibbs and Madlib have released the cover art and tracklist of their Pinata project, both of which are below, according to hhv.de. 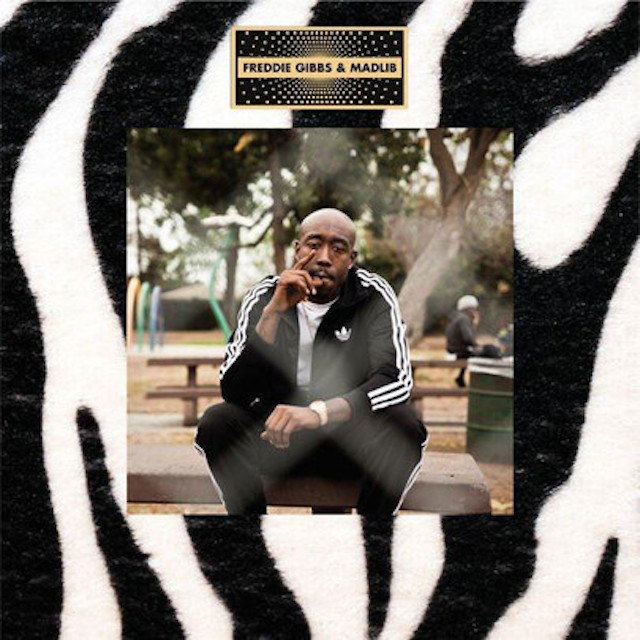 UPDATE #2: Freddie Gibbs and Madlib have made Pinata available for streaming via Spotify,