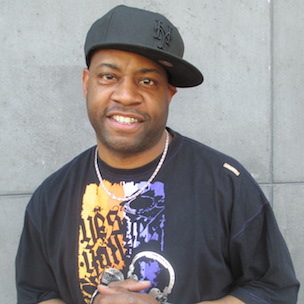 Dana Dane earned his fame in the 1980s as one of Rap’s preeminent storytellers.

On the eve of the 20-year anniversary of Nas’ Illmatic, the Brooklyn, New York rapper says that Nas’ debut album was a landmark moment in the evolution of Rap storytelling.

“As I think back to that album, and all of the acclaim that he got as it came out, it felt like it was the passing on of the baton for the most part from the Rakims and the Big Daddy Kane’s and that type of thing,” Dana Dane says in an exclusive interview with HipHopDX. “It was a new wave of dope lyricists coming with Nas, Biggie, Jay Z, and that type of thing. I used to listen to that album on rotation too because of the lyrics. From my standpoint, and me building my career, it was really based on the story-rhyme, and from right off the bat I could see that. I think Nas is one of the greatest story-tellers.”

Dana Dane, whose “Cinderfella Dana Dane” and “Nightmares” are two of the 1980s most revered story-based rap songs, says that “One Love” is one of his favorite story-driven songs on Illmatic.

“You hear that really intense storytelling that he got in him,” Dana Dane says. “I think it set up a lot of parallels in what Eminem does, in what Biggie does. Jay-Z is more of an abstract storyteller. He’s not as deep into it. I guess the closest to me, in terms of chronological storytelling, that he did for me was ’99 Problems.’ But Nas, with ‘Black Girl Lost’ and all those types of stories, man, just moving away from Illmatic, it was just all really about the stories and really getting his vision out. From a standpoint of when Illmatic came out, I really think it changed the landscape again for Hip Hop.”

Dana Dane says Illmatic gave rappers a noteworthy backdrop from which to explore their creativity.

“It just gave a vibe that the lyricists would always have a foundation to grow from,” he says. “It wasn’t just going to be about the beats and the hooks. It was really going to be about the intense lyrical aspects of what he had to offer the game. And the beats were incredible too, though. The beats were from Large Professor and Q-Tip, they really put it in on those tracks, man. Everything that he kicked on that album was really embraced by Hip Hop on a whole different level. Ten years was incredible, when he did the 10-year anniversary people made a big hooplah, and that seems like yesterday. Now we’re at the 20-year anniversary and I know they’re going to go even crazier about that because not too many albums have come around and been that significant since Illmatic.”

RELATED: MC Serch On “Illmatic”: “I Knew It Was The Greatest Album Of All Time”