Eminem, Skrillex, Kings of Leon and Arctic Monkeys are among the artists on this year’s Lollapalooza lineup, according to the Chicago Tribune.

The paper says that the lineup for the festival isn’t set to be revealed until next week. Nevertheless, the Tribue reports that industry sources have confirmed the aforementioned acts as headliners for the August 1-3 event.

A complete lineup is scheduled to be revealed next week. Eminem and the aforementioned acts have been on the Lollapalooza lineup in the past. Eminem performed at Lollapalooza in 2011, where he was joined on stage by Royce Da 5’9, Bruno Mars and Skylar Gray, among others. Em released his most recent project, The Marshall Mathers LP 2, in 2013.

J. Cole, Wale and Doomtree are among other acts who have performed at Lollapalooza.

In 2013, Kendrick Lamar was one of the festival’s performers. A performance from the rapper’s Lolla set is below.

UPDATE: OutKast, Nas and Childish Gambino are among the artists set to join Eminem at the 2014 edition of Lollapalooza, according to its website.

Chance The Rapper, Run The Jewels, Iggy Azalea, Rich Homie Quan and Jhene Aiko are among the other artists slated to appear at the event.

UPDATE #2: A stream link for Lollapalooza 2014 is available. To watch the event live, click here.

The line-up by day is below. 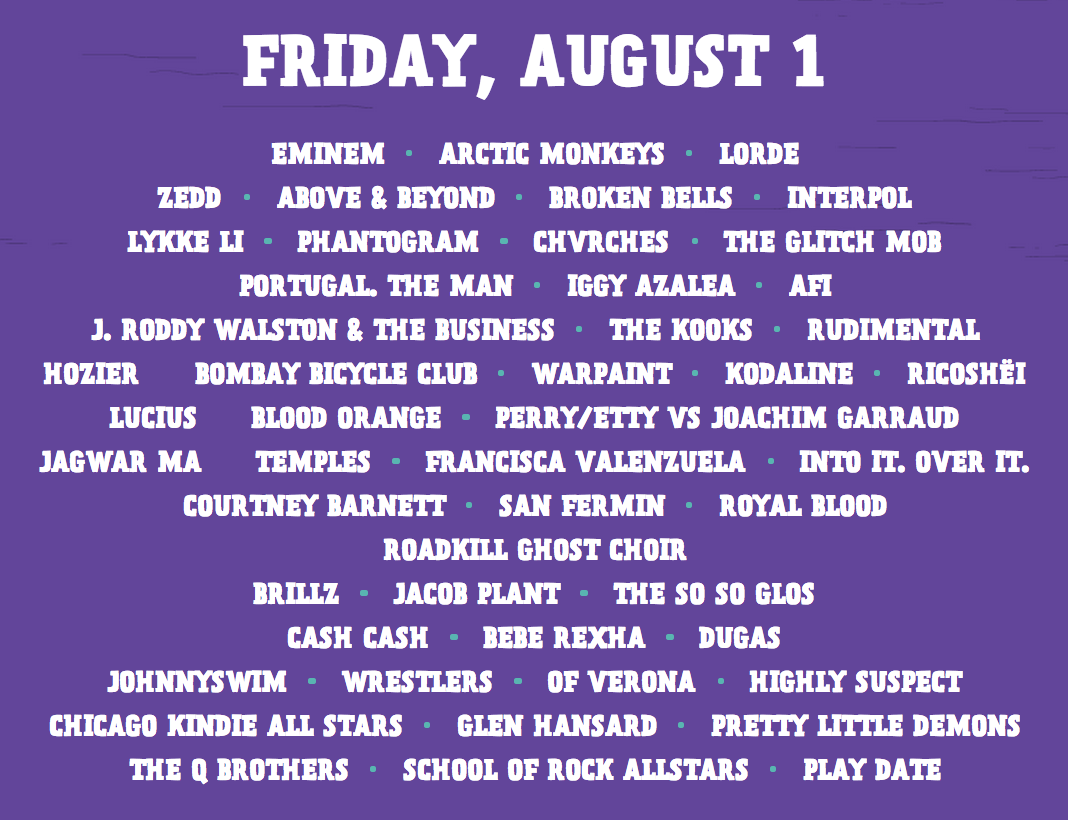 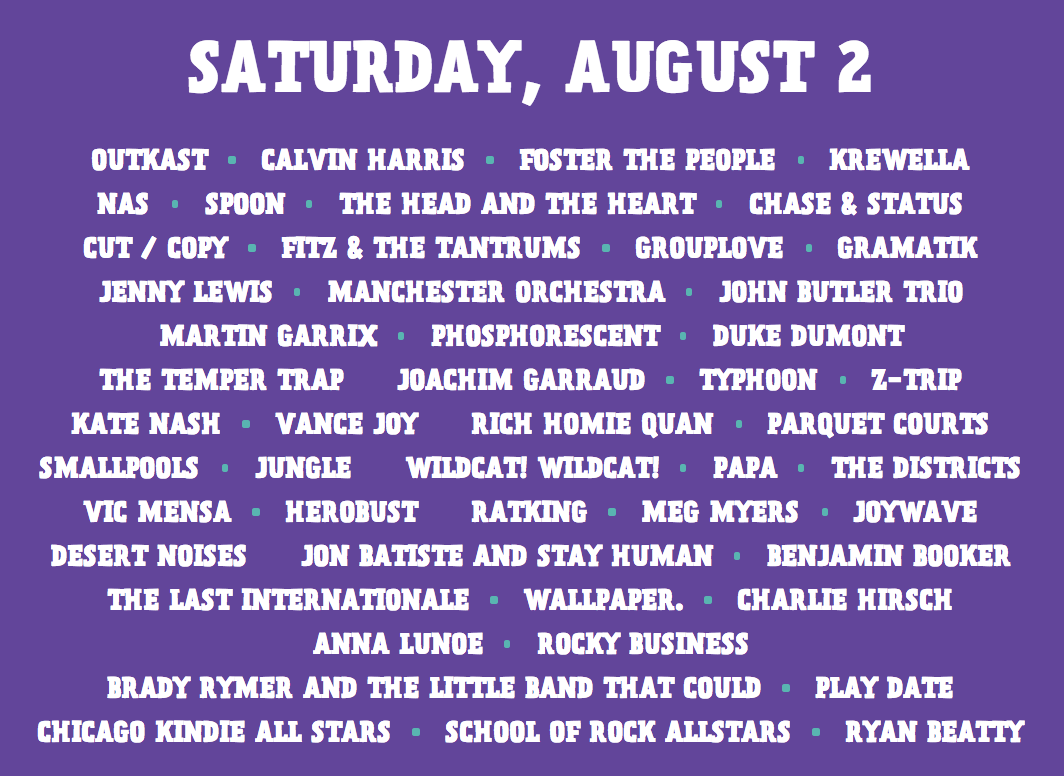 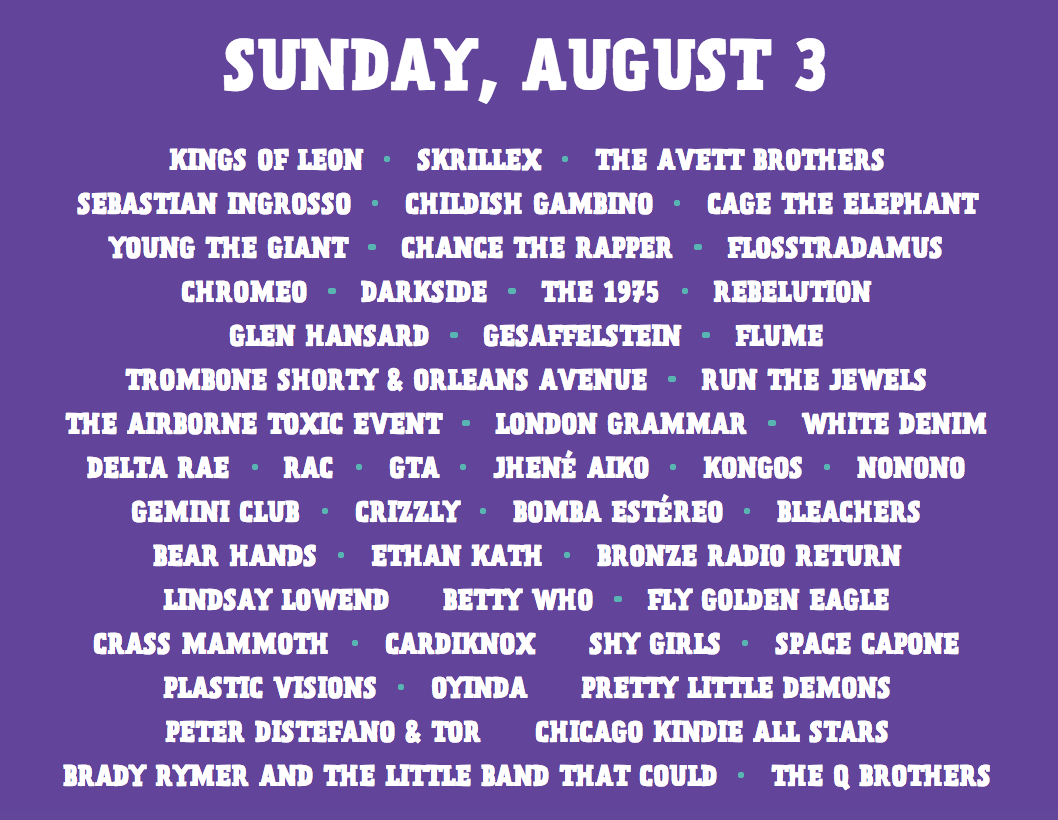 UPDATE #2: A stream for Day Two is available here. View the line-up for the day below:

A recap of Day One is here.

UPDATE #4: Day Three is going down today (August 3) and it’s set to feature Childish Gambino and Chance The Rapper, among others. Catch the live stream here.

The line-up for the day is below.

The recap of Day Two is here.