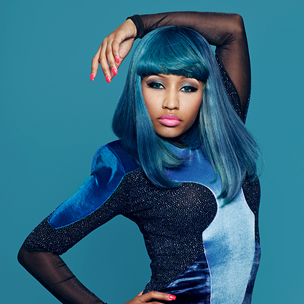 After two years of battling in court, Nicki Minaj has reached a settlement with her former wig maker.

The Jasmine Brand reports that Terrence Davidson filed documents Friday (April 1) to dismiss his $30 million lawsuit against the Pinkprint rapper.

Davidson first filed the case in February 2014, claiming that Minaj did not properly compensate him for his work helping make her signature look with his wigs. He said after they stopped their business relationship, she stole his wig designs and was selling them to the public. He also claimed that she promised to do a reality show with him that never came to fruition. Minaj said she never had any formal contracts with Davidson and that hairstyles are not able to be trademarked.

The rapper won the first decision and the judge ruled that she owed nothing to the wig maker. However, Davidson took the case to appeals court, which ruled in his favor, saying that the oral agreement between the two parties was enough to garner a case. The court said that under their agreement, Davidson would make wigs for Minaj’s personal use and she broke that contract by taking his designs to the marketplace.

Upon dismissing the case, Davidson now revokes all claims against Minaj.

(This article was first published February 22, 2014 and is as follows.)

Following recent controversy over the use of an image of Malcolm X as unofficial cover art for her single “Lookin Ass Niggas,” CNN and Time have recently reported that Nicki Minaj’s former wig artist has filed suit for $30 million in damages against the rapper. Terrence Davidson, who allegedly designed a series of wigs for the artist, is seeking damages for stolen and uncredited designs.

The suit contains a section alleging that Minaj “and her agents [shunned] Mr. Davidson and [took] active steps toward hurting his career.” Both CNN and Time report that the complaint includes the acknowledgement that the client, who worked previously for Patti LaBelle and Remy Ma, began work for Minaj in early 2010 as a wig designer before terminating work for the emcee in 2013. Minaj’s Davidson designed wigs, which were worn at public appearances such as Hot 97’s Christmas Concert in 2010 and MTV’s VMA awards the same year, later inspired retail items offered via Minaj’s own wig line without Davidson’s consent. “Without Mr. Davidson’s knowledge and consent, Maraj surreptitiously cut Mr. Davidson out of their wig venture and misappropriated his wig designs to pursue the wig venture on her own,” the suit alleges, referencing Minaj’s given name Onika Maraj. In a later section, the suit notes that as the client “was attempting to move on with his career, to his surprise, later in 2013, he discovered that Maraj took a number of his popular wig designs, without his consent, and used them to start her own wig line.”

The suit names Minaj as well as her Delaware registered Pink Personality LLC as plaintiffs. In an interview with CNN, Davidson’s lawyer described the motivation behind the suit. “Nicki Minaj is reaping great success and financial bounty reward for Terrence’s creative expertise, and he is entitled to participate in that,” he said. “Someone’s got to stand up for the artist. We applaud the fact that she’s making millions, but she’s also got to pay bounty to those whose creative designs she’s making millions off of.” Separately, Davidson’s lawyer, Christopher Chestnut, explained to CNN the gravity of the suit. “On its face you might think, what this guy is suing over wigs,” he said. “But we really have to consider this in context. Hair is a multibillion-dollar industry, but moreover these are not your grandma’s wigs. These are eclectic. They are decadent, and they are creative. This is about a brand that Terrence has built.”

The suit references specific wig designs like The Pink High Top Wig, the VS Wig, and a Nicki Minaj Pink Bun Wig available via Target as examples of the stolen designs. Davidson also alleges that, with Minaj, he planned to launch a collaborative business based on the wig designs that was to include the production of a reality show before the star and her management distanced themselves from the wig artist.

While a URL presumably registered by Minaj’s Pink Personality advertises a space as “Coming Soon,” the rapper has used her name and brand to sell wigs online through retailers such as Target and her own website. Speaking with Time, Davidson’s lawyer added that the suit is “a classic David versus Goliath situation.” Both Time and CNN report having reached out to Minaj for comment.