Nicki Minaj released “Lookin Ass Nigga” Wednesday (February 12), a selection that was accompanied by unofficial cover art that featured Malcolm X in an iconic photograph. Minaj received criticism for the use of a Malcolm X photograph and she has responded to this criticism with an Instagram post and caption, which can be read below.

“What seems to be the issue now? Do you have a problem with me referring to the people Malcolm X was ready to pull his gun out on as Lookin Ass Niggaz? Well, I apologize. That was never the official artwork nor is this an official single. This is a conversation. Not a single. I am in the video shooting at Lookin Ass Niggaz and there happened to be an iconic photo of Malcolm X ready to do the same thing for what he believed in!!!! It is in no way to undermine his efforts and legacy. I apologize to the Malcolm X estate if the meaning of the photo was misconstrued. The word “nigga” causes so much debate in our community while the “nigga” behavior gets praised and worship. Let’s not. Apologies again to his family. I have nothing but respect an adoration for u. The photo was removed hours ago. Thank you,” Minaj wrote in a statement issued via Instagram.

The iconic photograph of Malcolm X has inspired several Rap albums, including the cover art for Boogie Down Productions’ By All Means Necessary, a project that was released in 1988 via Jive.

Minaj recently announced that her upcoming album is set to be titled The Pink Print.

A screenshot of Minaj’s post can be seen below, followed by the “Lookin Ass Niggaz” cover art. 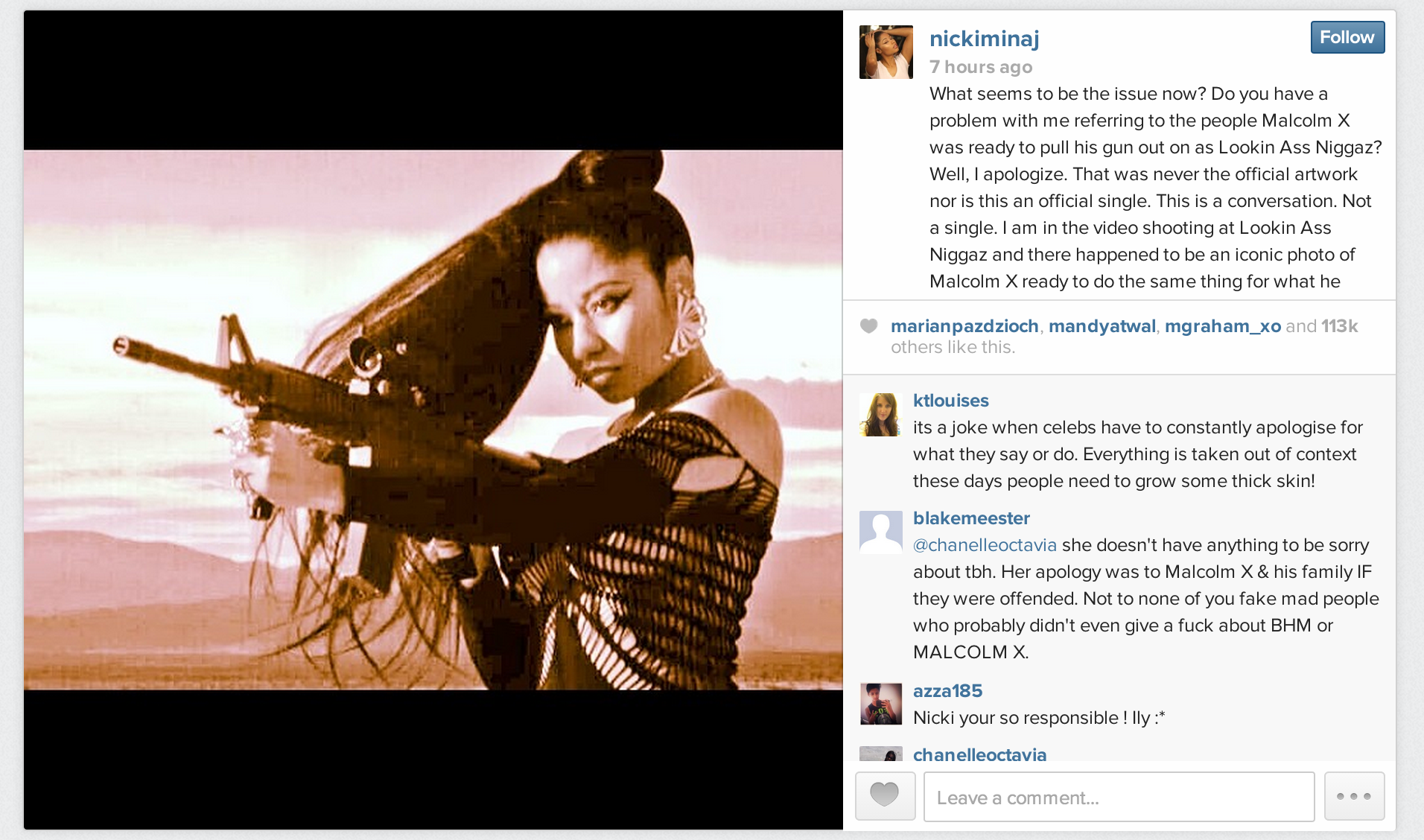 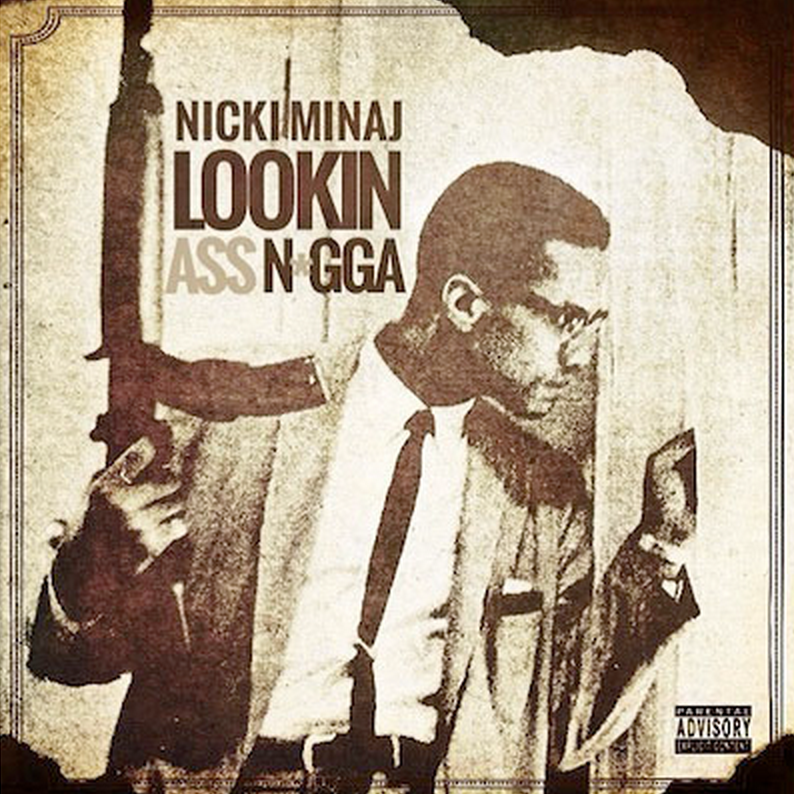