Budden posted an image of himself standing in front of Hollow Da Don. “Niggas always think they want a problem til they get it,” Budden wrote in a caption. Hollow Da Don also posted the same photograph with the following caption: “Who want to see me vs Joe Budden.”

Battle rapper JC asked Budden to “lock” the battle in via Twitter. Budden responded that he and Hollow would do that “once the business gets right.”

Yesterday (January 29) Budden and his fellow Slaughterhouse members announced a Battle Rap tournament that pits eight battle rappers against each other. Slaughterhouse also announced Road to Total Slaughter, a reality show that is set to air the preparation for each battle, including matches that feature Dizaster, Daylyt and Math Hoffa, among others. 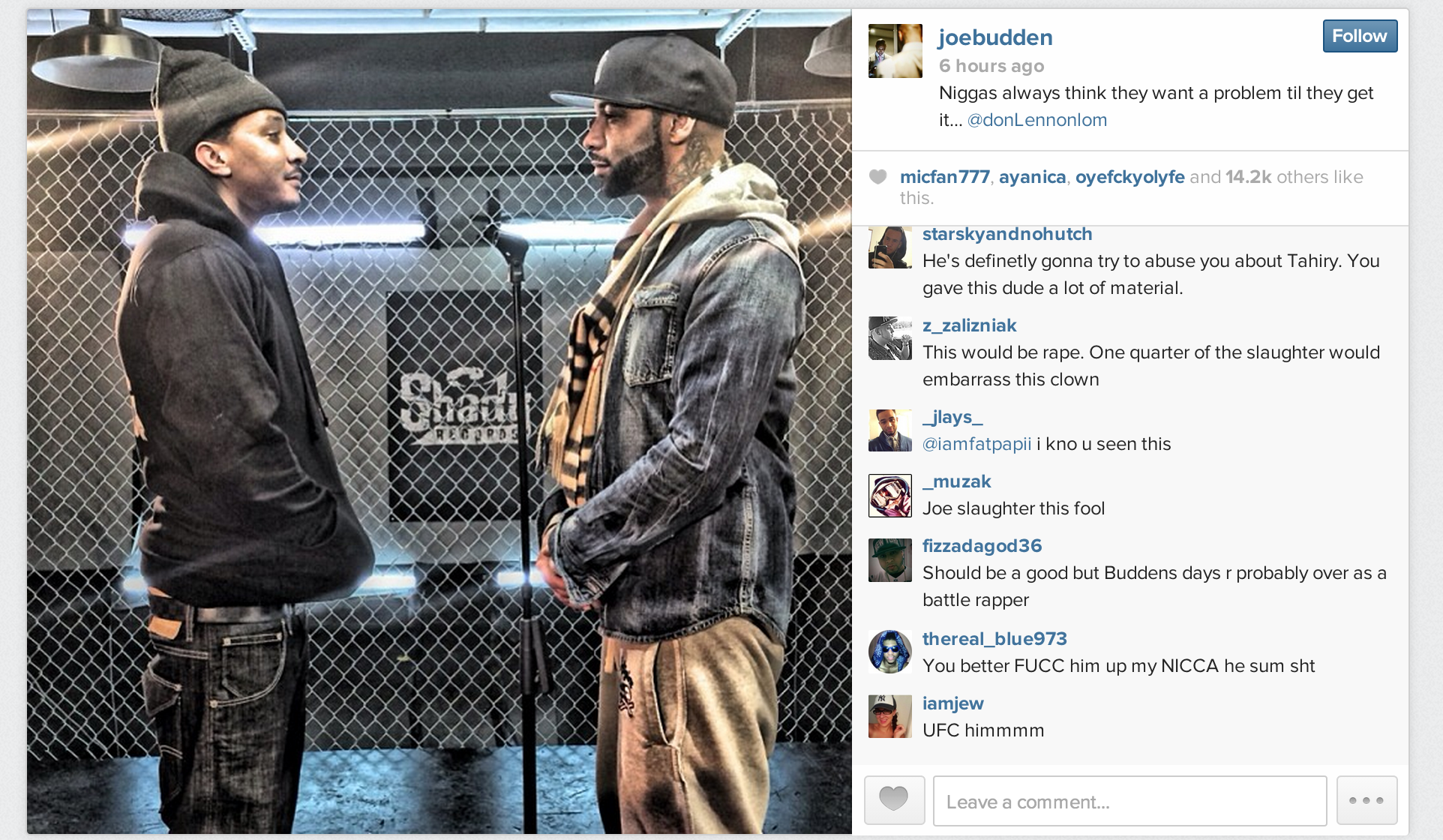