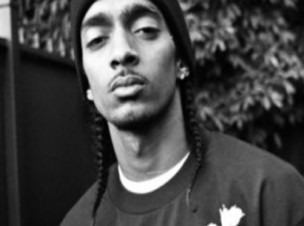 Vlad TV has recently released separate portions of a recent interview with Nipsey Hussle. In this section of the conversation, the Los Angeles native talked about his relationship with members of Top Dawg Entertainment and their success.

“Jay Rock, we did a lot of records together, we’ve got three, four records together,” Nipsey Hussle said when asked about touring with TDE. “I fuck with Jay Rock, he a real nigga. I saw a group of people that weren’t going to stop and I know that’s the formula for success. I saw a group of people that came from somewhere where you don’t really get those type of opportunities that they was looking at, same way I look at it, we don’t get these opportunities, I’m going to make things work so I know that feeling of, ‘how dare you fail.'”

Nipsey also talked about the group’s interaction with each other and their bond.

“Loyalty means a lot and you see that when you on stage,” he said. “Like them is friends having fun in the interviews and in the photo shoots and like you said people who slept on people’s couches. Them is people who have grinded and been through the trenches together.”

When asked about the success of the west coast and its return to prominence, Nipsey said he has pride in what his region is doing and everyone who has helped along the way.

Watch the full interview with Nipsey Hussle below:

RELATED: Nipsey Hussle Says Drake Is “One Of The Dopest Of Our Generation”