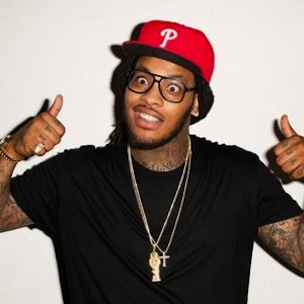 Waka Flocka Flame, who is preparing the release of Flockaveli 2, recently spoke about why he enjoys having fun in the public eye, saying that sometimes he likes making fun of himself.

“You know what I like doing?” Waka said in an interview with St. Louis radio station Hot 104.1. “I like making comedy on myself, like a mockery of myself before somebody can do it. It’s fun. Can’t be embarrassed.”

During the Hot 104.1 interview, Waka also acknowledged that he doesn’t always like the music he releases.

“I can’t even lie,” Flocka said. “I never like none of my music, but Flockaveli, I loved that CD when I put it out. LeBron Flocka James, I loved that. Salute Me Or Shoot Me Vol. 1, I liked that. They’re the only ones I actually loved. Everything else, I just did it like, ‘Alright, bet. I know what people wanna hear. It ain’t about me.’ But this CD I’m about to put out, Flockaveli 2, I love it.”

During a recent interview with hotnewhiphop.com, Flocka talked about the new project, a follow-up to his debut album, Flockaveli. Released on October 5, 2010, Flockaveli helped launch Waka’s career.