Brooklyn, New York emcee Cage has had interesting career developments since 2009’s Depart From Me. The former member of Weathermen and Smut Peddlers has appeared on a Top 5 album in the form of Kid Cudi’s Man On The Moon II: Legend Of Mr. Rager, as well as proceeded with developments about a potential Shia LaBeouf-starring biopic on the former Definitive Jux and Eastern Conference Records standout.

On his Facebook page, Cage has confirmed details on a fourth studio solo LP. Called Kill The Architect, Cage posted artwork and alluded to its release on October 22, 2013. It is unclear which label Cage is releasing the album, as Def Jux went on indefinite hiatus in 2010. 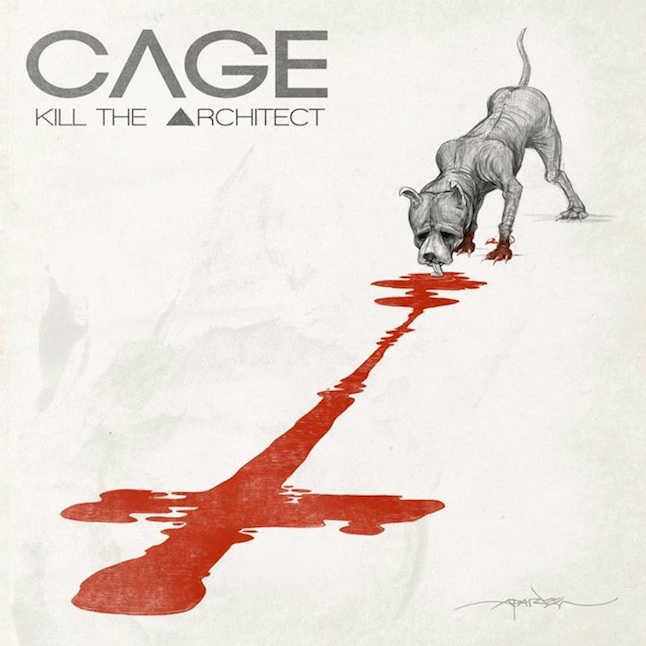 Depart From Me, largely inspired by the death of fellow Weathermen member and label-mate Camu Tao, debuted on the Top 200. In addition to Camu, the album featured involvement from Weathermen’s El-P and Aesop Rock.

UPDATE: A spokesperson for Cage has confirmed that Kill The Architect will be released by Eastern Conference Records. This marks Cage’s return to the label after a once-bitter hiatus, between the emcee and label founders DJ Mighty Mi, of former Philadelphia, Pennsylvania-based Rawkus Records breakout group High & Mighty.

Eastern Conference has been on hiatus for over five years, last working with local emcees Reef The Lost Cauze, Chief Kamachi, and The Juju Mob. Previously, the label was home to artists including Copywrite, Tame One of the Artifacts and Akinyele.

Cage’s solo debut, Movies For The Blind, scored a Top 200 debut for the label in 2002. The album featured involvement from RJD2, Necro, Copywrite, El-P, J-Zone and Camu Tao.