DMX To Play Himself In New Chris Rock Movie

Regardless of his continuing legal issues, and having released only one album in the last seven years, DMX is still finding high-profile work.

AllHipHop reports that Dark Man X will be featured in a comedic jail scene in a new, currently untitled Chris Rock Movie.

X’s camp release an official statement, writing, “The scene is comedic which allowed X to show off his versatility as an actor. X and Rock played well off each other and Rock’s character even gets DMX to lead the inmates in a song. There are more acting roles to come and DMX is also planning on attending the Sundance Film Festival in January.”

Below is a photo from the film set: 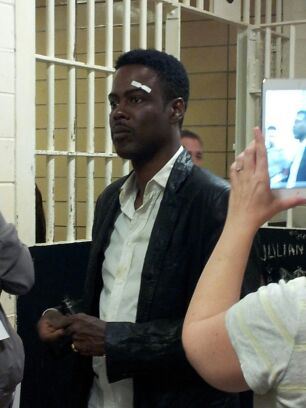 Chris Rock has collaborated with a range of Hip Hop artists in various capacities, including being featured on Method Man’s Tical 2000: Judgement Day, Ludacris’ Theater of the Mind, and Kanye West’s My Beautiful Dark Twisted Fantasy. Rock will also reportedly be narrating Busta Rhymes’ E.L.E. II album, and has been pictured in the studio this year with Eminem.