Even though Don Cannon was named VP, A&R at Def Jam Recordings last month, the producer-DJ says he plans to maintain his independent mentality.

“I’ve actually tried to stay away from being too corporate,” Don Cannon says in an exclusive interview with HipHopDX. “I just try to make the music, make the record. I rarely try to go out and find a hit record for an artist to make them big. I’d rather have it tailored and have everything involved in it and it makes the record a long-standing, classic record.”

A one-time member of the DJ collective the Aphilliates who has produced for OutKast and Young Jeezy, Cannon is applying his philosophy to his work on forthcoming Def Jam albums from Young Jeezy, 2 Chainz, Ludacris and YG.

In addition to his work at Def Jam, Cannon will be continuing his work as a deejay and producer.

The Atlanta-based executive says that the opportunity to learn more about the industry while working for a major record company was one of the primary reasons he was drawn to the Def Jam post.

“It’s understanding numbers and how these labels work and understanding budgets and concepts for marketing and how to completely deliver an album,” he says.

As he works on creating material for a wide range of artists, Cannon says that he does not plan on pitching acts on why they should sign to Def Jam.

“Selling points are the problem behind why the labels gone bad right now,” Cannon says. “If you have genuine talent and you work it through a brand and build a relationship on an on-going basis relationship, you genuinely get good music coming outta that instead of selling it like, ‘You should sign with Def Jam. If you got [offered] $600,000 [somewhere else], then we got $800,000 for you.’”

Nonetheless, Cannon says he understands what Def Jam means to artists, especially since he says the Def Jam legacy is one of the reasons he chose to work for the label.

“If you look at the history of Def Jam, it’s the Mecca of Hip Hop,” Cannon says. “As far as everybody’s dream of being signed to Def Jam, I wanted to make it bigger and make remember that Jay Z was made from Def Jam. Beastie Boys, LL Cool J and all these guys came from Def Jam.”

Last month (July 27), Don Cannon and French Montana appeared at Playhouse Nightclub in Hollywood, California. Images of the event are below and are courtesy of Troy Acevedo of We Are Night Owls. 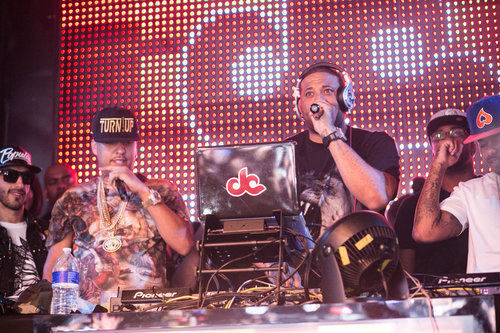 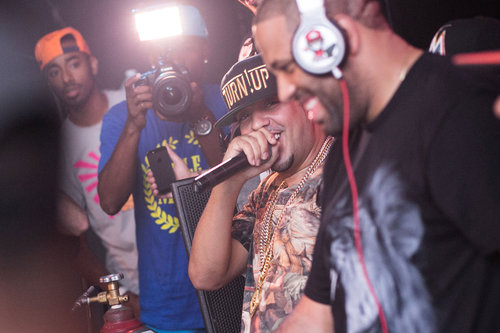 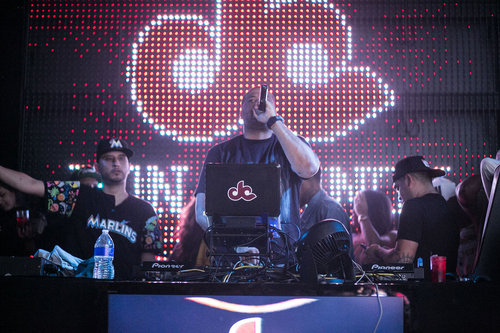