J. Cole has had a noteworthy 2013. In just this year, the Born Sinner crafter went gold with his latest release, continues to get mainstream exposure, the legendary Nas co-signed him publicly with a “Let Nas Down” remix, his single “Power Trip” featuring Miguel was nominated for a 2013 MTV VMA (Best Hip Hop Video), and he even found time to perform at several cities for the Dollar & A Dream Tour.

Cole follows up his last round of performances with the What Dreams May Come Tour. The forthcoming string of shows kicks off in Miami, Florida on September 10 and wraps up on November 2 at an unrevealed location.

The Hip Hop sensation will be performing in his home-state of North Carolina when he hits the stage in Charlotte on September 17.

Another attractive element of the tour is the fact that Maybach Music Group emcee Wale will be performing. J.Cole and Wale helped write Billboard history with Mac Miller and Kanye West when all of their projects contributed to rap albums being in the top three for three consecutive weeks. Two of the history makers are on one bill for “What Dreams May Come Tour”.

The What Dreams May Come Tour dates are below: 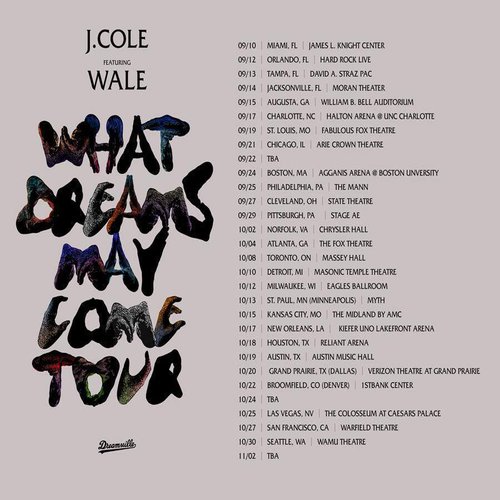 UPDATE: J. Cole has announced the European tour dates for his “What Dreams May Come Tour.” 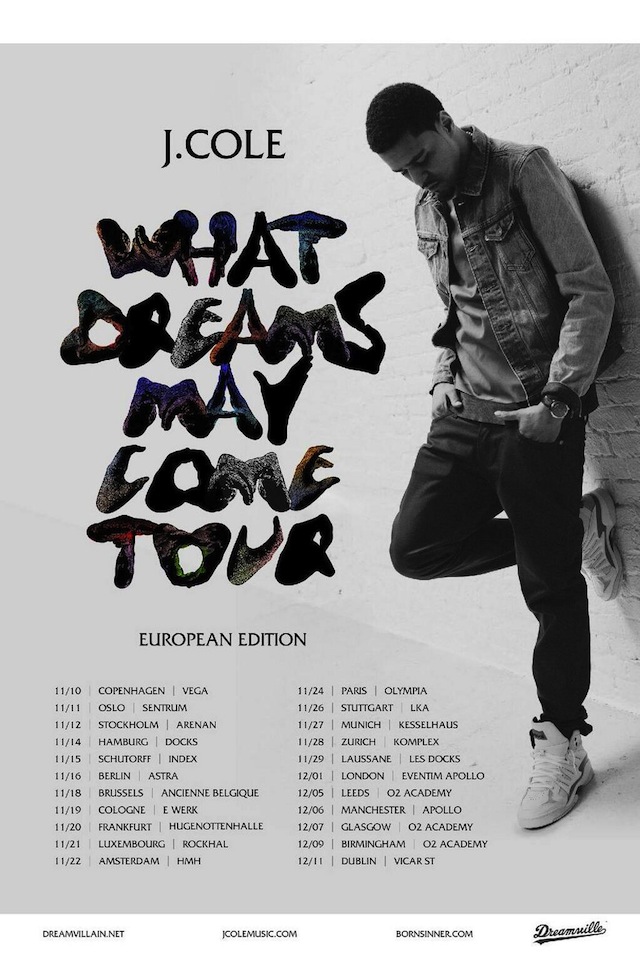 UPDATE #2: J. Cole has added several dates to his “What Dreams May Come Tour.” The additional dates can be viewed below.