In a minute-long album trailer, D.C. rapper Wale revealed both the release date and title for his third studio album. Titled The Gifted, the album is currently set for a June 25th release date.

In the album trailer, which comes courtesy of director Chad Tennies, Wale possibly hints at the themes his new album may tackle as he briefly speaks on the music industry and being a hustler.

“The hustler, priding his self on the very things they hate him for…The gifted. Aren’t we all? I said, aren’t we all,” Wale questions at the end of The Gifted trailer.

The Maybach Music Group emcee previously commented on his third studio album during an interview with HipHopSince1987.com and shared that the project would be greatly similar to his earlier work.

“I’m very excited about the music, because it’s very reminiscent of my earlier work with Mark Ronson and things of that nature. I’m excited,” said Wale in an October interview.

Wale | The Gifted | Album Trailer from Chad Tennies on Vimeo.

UPDATE: The artwork to Wale’s third solo album, The Gifted, has been released, as reported by HotNewHipHop: 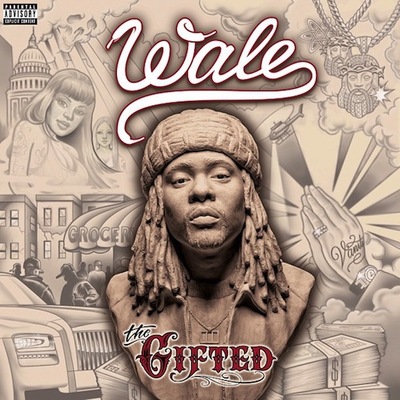 UPDATE #2: According to HipHop-N-More, the preliminary (pre-features) tracklist to Wale’s The Gifted is as follows:

UPDATE #3: HotNewHipHop.com has again reported the updated version of the tracklist to Wale’s The Gifted:

UPDATE #4: Atlantic/Warner Bros. Records has premiered a free album stream of Wale’s third solo album The Gifted with iTunes. According to a spokesperson with the label, this is the first Hip Hop album that iTunes has premered a stream to.

Earlier this year, Apple’s music store offered full previews to #1 album Vampire Weekend’s Vampires In The City as we as The National’s Trouble Will Find Me.