Devin The Dude "One For The Road" Release Date, Cover Art, Tracklisting, Stream

Veteran Houston, Texas-based emcee/producer Devin The Dude has been relatively quiet since 2010 in the way of full-length albums. The Odd Squad/Coughee Brothaz front-man last released Gotta Be Me in November of that year, his second effort in less than nine months, following Suite #420. Both efforts debuted on the Top 200. He did put out his first EP, Seriously Trippin’, last May.

This morning the former Rap-A-Lot Records artist and collaborator with Dr. Dre, Big K.R.I.T. and Young Jeezy announced his eighth solo album, One For The Road.

Devin shared the news via Twitter, and projected the release to come in September.

New Album on the Way!!! Looking at a September Release Date! The name of album #RT #ONEFORTHEROAD

Since parting ways with Rap-A-Lot Records in 2009, the former member of Facemob has released albums with eOne Entertainment, Real Talk Entertainment, and Razor & Tie.

UPDATE: Devin the Dude has announced that his upcoming album, One for the Road, is set to be released October 8. The eOne Music release is also slated to feature the single “Probably Should Have.”

UPDATE: Devin the Dude’s One for the Road, set to be released October 15 on iTunes, can be streamed below, following the project’s cover art and tracklisting. 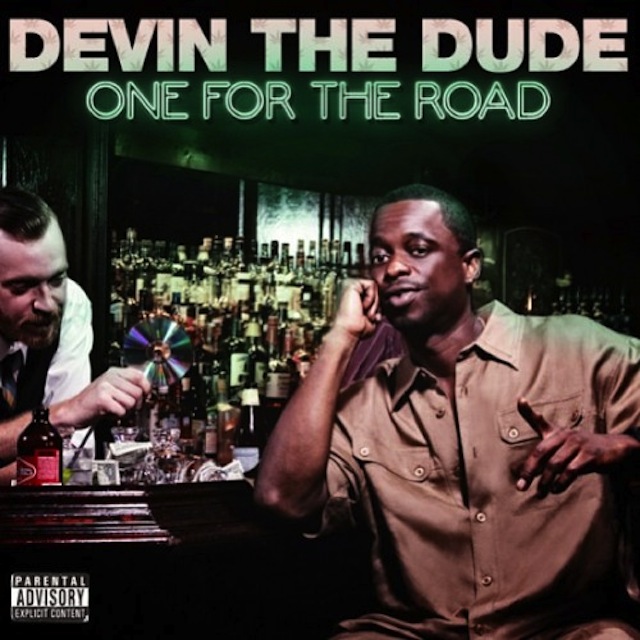