Cam’ron announced on Instagram July 4 as the release date for his next mixtape, “Ghetto Heaven Vol 1.” He also released the cover art for the project, which features a gun-toting Ronald McDonald backed by a smiling Hamburglar. Cam’ron bills himself as Killa Cam on the art work.

After a prolific and high-profile decade-plus run that started with the release of his Confessions Of Fire LP in 1998 and the Diplomats movement with Jim Jones and Juelz Santana a few years later, Cam’ron was shot in 2005 during a failed carjacking attempt in Washington, D.C. He kept a lower profile following the incident, but kept releasing material. His more recent output, including 2011’s Gunz N’ Butta LP with Vado, was released to less fanfare.

More recently, the Harlem rapper collaborated with Wiz Khalifa for “The Bluff” in 2012 and appeared in March with The Diplomats in New York, New York for a 10-year reunion concert in celebration of the crew’s Diplomatic Immunity album. 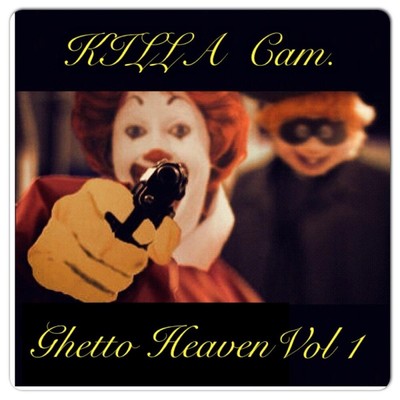 UPDATE: Cam’ron’s Ghetto Heaven Vol.1 can be streamed below via Datpiff.