Jay-Z & Drake Photographed In The Studio Together This year, Jay-Z has made headlines just by taking pictures with artists in the studio and it has happened once again, this time with Drake.

In April, much was made about the release of “Open Letter,” which came along with an image of Trey Songz, Timbaland, Jay-Z and Swizz Beatz in the studio. More recently, headlines were made when Jay took an image next to Wu-Tang Clan’s Raekwon. Now, the emcee is featured in a new, behind-the-scenes image with Drake.

The photo, which can be viewed below, also came with a message: 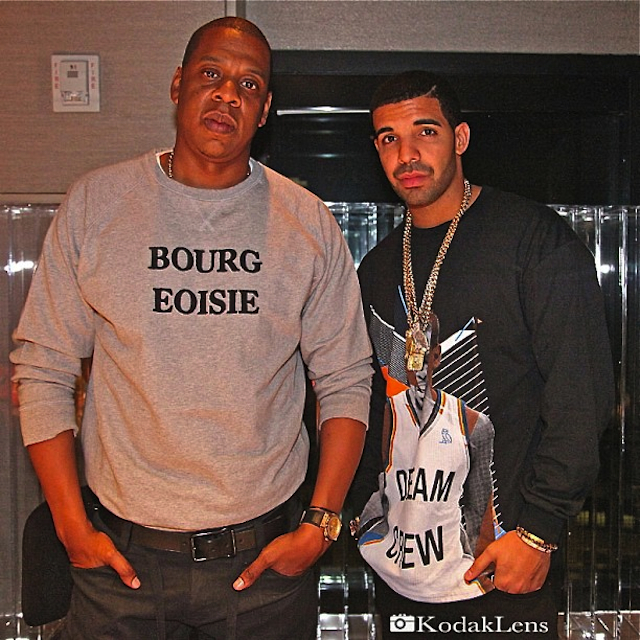 The source of the image, A&R Lenny S., was also behind the other photographs mentioned above. Lenny S. also goes by @KodakLens on Instagram, where he has posted the images.

Over recent years, Jay-Z and Drake have maintained a good working relationship. In 2009, Drake used So Far Gone’s “Fear,” to speak about his admiration for Jay-Z. “I never cried when Pac died,” Drake said on the track. “But I probably will when Hov does. And if my tears hold value then I would drop one for every single thing he showed us.” Since then, the two have collaborated on songs like “Light Up” and “Off That.” No official word has been made about where their new music will end up.

RELATED: Jay-Z & Raekwon Photographed In The Studio Together