The article in the magazine was written by New York City, New York’s Mayor Michael Bloomberg. In the piece, Mayor Bloomberg writes that Jay-Z embodies the New York spirit and that he proves “the American Dream is alive and well.”

“Jay-Z embodies so much of what makes New York New York,” Bloomberg explains in the article, which can be found at Time. “A kid from a tough neighborhood who grows up in public housing, overcomes lots of bad influences on the street, never lets go of his dream, makes it to the top — and then keeps going, pursuing new outlets for his creativity and ambition.”

Bloomberg also praises Jay-Z for creating his own label and building “a music empire.” He recognizes Jay-Z’s business savvy with clothing lines, sports bars and his recent goal to “represent professional athletes.” Later, he talks about New York, giving Jay-Z credit for never forgetting “his roots.”

“He’s an artist-entrepreneur who stands at the center of culture and commerce in 21st century America, and his influence stretches across races, religions and regions,” Bloomberg continues. “He’s never forgotten his roots — “Empire State of Mind” was a love song to our city — and as a co-owner of the NBA Nets, he helped bring a major league sports team back to Brooklyn, not far from his old neighborhood.”

Bloomberg also congratulates Jay for his marriage with Beyonce before noting that he brings hope that the American Dream still exists.

“In nearly everything he’s tried, he’s found success. (He even put a ring on Beyoncé.) And in doing so, he’s proved that the American Dream is alive and well.”

The cover, shot by photographer Mark Seliger, can be viewed below. More from the article can be found at Time Magazine. Other influential people in the issue include Michelle Obama, Frank Ocean, LeBron James and Beyonce. 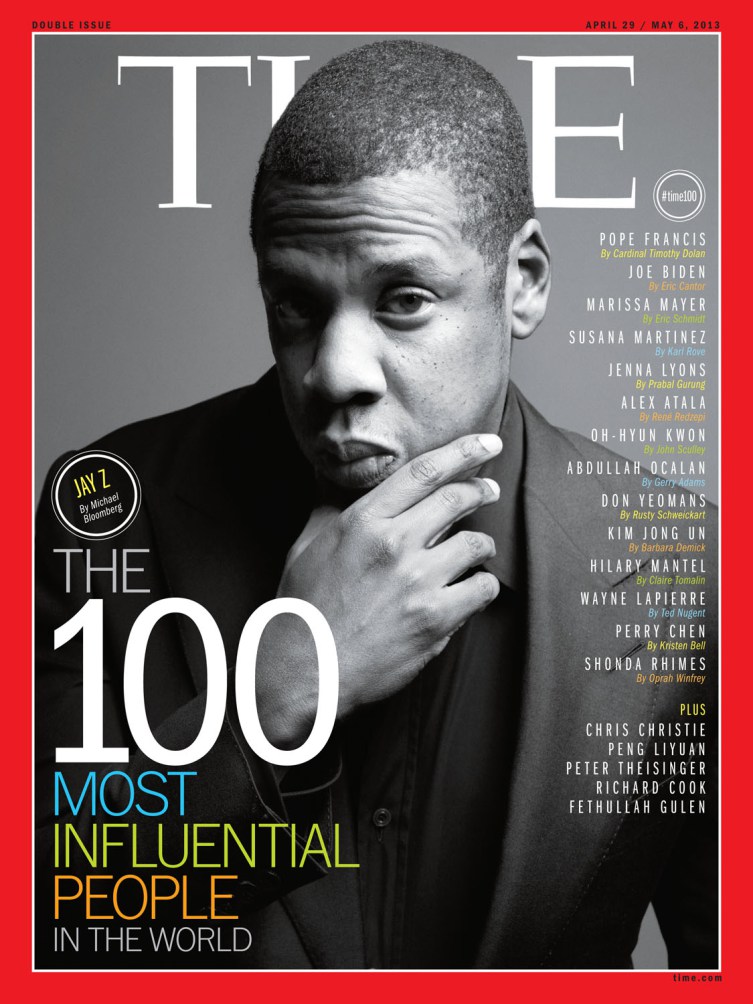