Houston, Texas rapper RiFF RaFF may have reportedly inspired James Franco’s character in the current theatrical film Spring Breakers, however the onetime Soulja Boy protege and reality TV star is now an actor in his own right.

Yesterday, RiFF RaFF was confirmed to have been filming long-running soap opera “One Life To Live” in Stamford, Connecticut. According to a show publicist, the episode features the rapper ironically portraying a character named “Jamie Franko,” who is a Miami, Florida art dealer. They provided the screenshot from the filming: 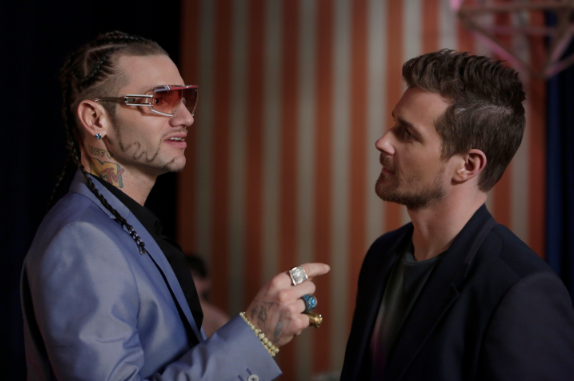 The episode runs May 7.

“One Life To Live” has moved to Hulu and iTunes, after a 2011 hiatus from network television. The series relaunch kicks off April 29.