Meek Mill has had no problem sharing his story on wax through his mixtapes and albums, but now the Philadelphia rapper is taking to print media.

Meek is slated to release Tony’s Story on both paperback and e-book on May 1. The release of the book comes shortly before his Dreamchasers 3 mixtape, which drops May 6.

Below is a synopsis of Tony’s Story, as well as the book’s cover (spotted at HipHopWired):

Tony and Ty had big dreams of getting rich. Although they grew up like brothers, once money and envy entered the equation, greed took over and loyalty went out the door.

After a deadly shooting, the streets of Philly were in an uproar and the lives of many people revolved around revenge. Gold digger Kee capitalized on the built-up tension; but before she could really enjoy the fruits of her labor, she was thrust into the middle of a street war with the cost being her life.

Trust was not an option and revenge was the only thing anyone had in common. Paulie wanted revenge for his cousin; LB wanted revenge for his brother. They both had blood in their eyes and murder in mind; names were called while gunners lurked in the shadows. It became bigger than the almighty dollar and no one was safe. Philly won’t be the same after you’re a witness to Tony Story. 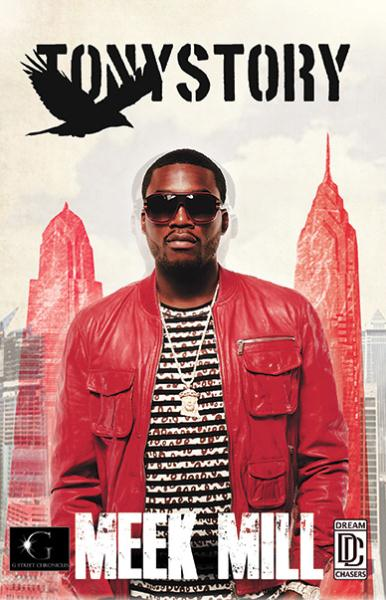