“Paid Dues Festival is truly a unique platform,” said Guerilla Union founder and CEO Chang Weisberg. “It allows artists to elevate their talents and presence. Dom Kennedy, Macklemore & Ryan Lewis, Black Hippy – only a few years ago, these artists were opening acts here. Now, they are full-fledge, and well deserving, headliners. Not only that: Paid Dues embraces all types of Hip Hop – old school, new school, underground, mainstream – the common denominator here is that they all embody the independent spirit, struggle and successes. This year’s lineup is so diverse, yet completely cohesive. There is no other place where you can get Black Hippy, De La Soul, Immortal Technique, and Joey Badass all in one day.”

The eighth annual event will take place on March 30, 2013 at the NOS Event Center in San Bernardino, California. Pre-sale tickets are available now until tomorrow (December 21st) at 10 p.m. PST. General tickets go on sale on December 22nd at 10 a.m. PST. For ticket information, head to paidduesfestival.com, and check the lineup below. 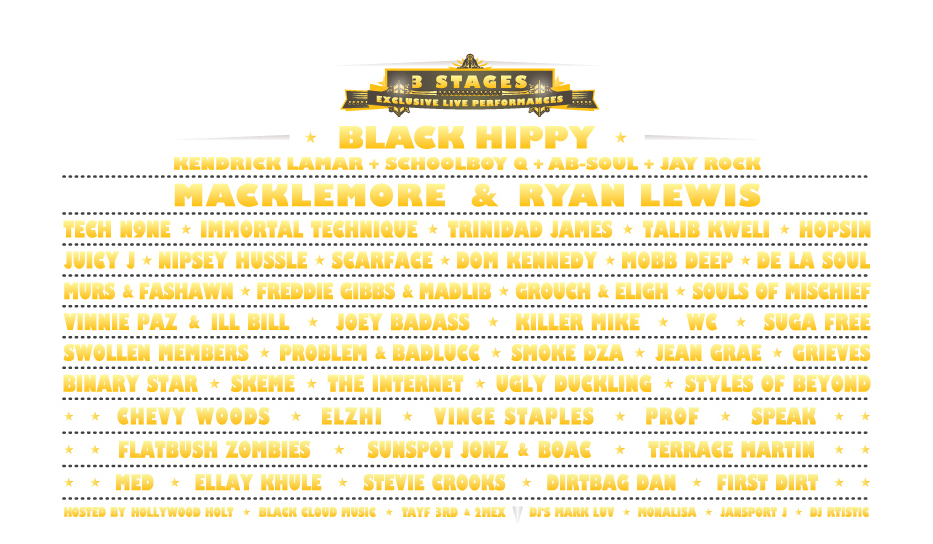