Freddie Gibbs Describes His Partnerships With Madlib And Young Jeezy

The spirit of Ruthless Records is alive and well—albeit in Beverly Hills instead of Compton or South Central, Los Angeles on this particular night. For Hip Hop aficionados this section of the city lives in infamy. It’s about a five-minute walk south of the Petersen Auto Museum, the last place the Notorious B.I.G. partied before being gunned down on March 9, 1997. But here, Gary Indiana, transplant Freddie Gibbs is performing at the Los Angeles County Museum of Art with Madlib.

Combining Gibbs’ hour-long set and a 15-minute conversation, yields talk of Bone-Thugs-N-Harmony, their onetime nemesis Reverend Calvin Butts (whom Gibbs mockingly quotes on “Thuggin’”), the rash of gang-related killings in Chicago and his refusal to submit to the demands of major record labels. It’s a formula which even Gibbs himself seems to struggle to articulate. He just calls it, “the real.” And the detail with which he describes the addiction of family members and pulling firearms on former friends is both disturbing and almost addictively entertaining. It leads to collaborations with the likes of ZZ Ward and Young Jeezy—two artists on opposing sides of most record labels’ target demographic charts.

During his performance, while other rappers may engage the crowd in a call and response of asking them to scream, “Yeah” or repeat the hook from a popular single, Gibbs only has one request.

“Let me hear you say, ‘Fuck Police!’” Small clouds of marijuana smoke rise from pockets of the packed crowd, as the patrons oblige. It’s fairly safe to say this isn’t your typical museum crowd. Eazy-E would approve.

HipHopDX: “Thuggin’” references Rev. Calvin Butts infamous quotes about Rap music and thugs. Bone Thugs-N-Harmony used it, and we see things coming full circle with Chief Keef catching heat for a lot of the violence in Chicago. Any thoughts?

Freddie Gibbs: I can’t say you could blame violence on rappers or another motherfucker period, because you make the choice to go pick up a gun or shoot a motherfucker. That’s on you. I can say the shorties are definitely influenced by the music. Your vibe does play a part in what you’re about to do. Sometimes music can put you in that vibe…that mind frame to go kill some shit. The people blaming it strictly on the music need to check themselves and go raise their kids right. That’s your fault.

DX: Speaking of “Thuggin’,” the common perception is that you and Madlib are from two totally different worlds, yet you work so well together.

Freddie Gibbs: We are from two different walks of life, so to speak. But I think a lot of that highlights the things we have in common if that makes any sense. I was just with him in Europe for two weeks, and we’re about to go back. We just have a certain chemistry. They type of guy that he is, and the type of guy that I am…I guess us being so different kind of works in our favor. He can talk about things that I’m not familiar with, and I learn and vice versa. You can see it in the music. He might be going in one direction on a song, and once I rap on it, we’ll go in a totally different direction.

You might’ve heard the “Thuggin’” beat, but you might not have pictured that type of shit on that beat. You might not have pictured that type of video or anything of that nature. It’s really just a merging of the two worlds. We met through mutual friends that wanted us to make some good music, and it worked. A lot of times in this industry, you can pair people up, but that doesn’t mean the music is gonna come out dope. It could end up looking like another one of those put together ass collaborations that a lot of these niggas do nowadays. They just go jump on some shit because it looks cool. I don’t think that’s what this is. 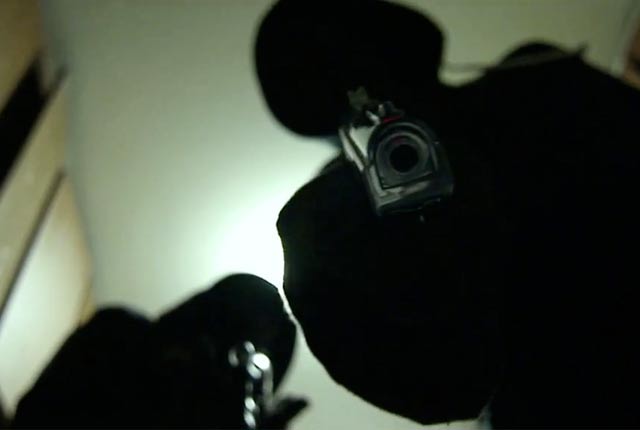 DX: But you’ve ended up on some pretty unorthodox collaborations too. Today the “Kush Cloud” single with SpaceGhostPurrp and Krayzie Bone was released

Freddie Gibbs: Yeah, I was just gonna ask about that…Did y’all like that song?

DX: Yeah, I thought it was dope. But it was also pretty random for the three of you to be on the same track.

Freddie Gibbs: Definitely. That’s what I’m saying. I want to hit people differently from all angles. Somebody put out a fake tracklist about a week before the album dropped, and that wasn’t even my shit. But it’s cool though. That lets me know they’re thirsty and they want it. I’ve got a couple more surprises on there, and I think BFK is a good body of work.
I’ve got some electronic distribution with Empire now, and we’re putting it out like that. It’s just a way to retail all our shit—an entrepreneurial move. Ain’t shit changed though. I’ve been doing this for the past five years, and everything’s been on me. All I did was slap a brand on it.

DX: What is it about your style that lends to these diverse collaborations whether it’s Pill, ZZ Ward or Madlib?

Freddie Gibbs: I think it’s the versatility factor. I’m a lot more versatile than other Rap artists. I know I say this a lot, but it’s just the real. I do a lot of work with Madlib, then I can turn around and work with [Young] Jeezy, Statik Selektah or Method Man. I just think that I have a way of adapting to the situation without wearing myself thin or reaching for something that’s not me. I don’t think I’ll ever do that. I won’t say that I can do every style—‘cause there’s a lot of these niggas with wack ass styles that I don’t even wanna fuck with—but I do keep an open mind. I don’t ever want to be pigeonholed or boxed in to one style of Rap. I don’t want people thinking, “Ah, this is all he can do.” I’m a student of the game, and I always think there’s room for improvement and constructive criticism. I’m just trying to get better as a rapper. Until I can fade Jay-Z, I ain’t really talking about shit. In terms of being a competitor, he set the mark, so that’s what I want to aim for.

DX: You’re from the Midwest and you also use that double-time cadence sometimes. How much of an influence was Bone Thugs-N-Harmony?

Freddie Gibbs: A big influence. They were some of my favorite rappers. I grew up on their shit, and I still listen to Bone to this day. They’ve got some records. Shit, they’re Grammy Award winners. They’re really underrated in the Hip Hop spectrum. I don’t think a lot of guys give them the credit they deserve. You’ve got people sampling their shit now and starting to make [those type of] records. But I’m glad I got the real thing on my record.

DX: “A Cold Day In Hell” was HipHopDX’s highest user-rated mixtape of 2011. And I’m not just saying that because we’re here doing an interview with you…

Freddie Gibbs: Oh for real…the whole year? Well this next one is gonna be the highest rated of all time [laughs]. Nah, I don’t know. I hope motherfuckers like it. I think people will. With this one, I experimented with a couple things, but I didn’t go outside of my zone. And I definitely didn’t slack on the rapping. There still isn’t anybody that can fuck with me on the Rap side. It goes hard, and if that was the highest-rated one of last year, hopefully this one will be the same. I’m just glad people fuck with the music, because that’s all that I can ask at the end of the day. I’m not trippin’ even if people go out there and give it a low rating. At least I got you motherfucker’s attention for an hour. Fuck you, nigga! And I’m going back and making another one [laughs].

DX: That doesn’t seem to be a problem. You’ve got hood fans, hipster fans and now this museum crowd tonight…

Freddie Gibbs: I thought it was gonna be niggas in suits with feds and DEA up in here. But I ride past here all the time when I’m driving down Wilshire and smoking weed. I always look at it like, “Damn, what is that? All those light poles and shit [laughs].” But I’m happy to be here. For LACMA to even hit me up and invite me here is a blessing, because it says a lot about what I can do as an artist. I mean, I’m rapping in a motherfucking museum! I can’t complain…God is good.

For them to dive into my lyrics, see what they’re about and put them on display says a lot. So I’m just grateful for the opportunity.

DX: A lot of people are anticipating more work from you and Jeezy. Given your previous experiences, can you still do what you want with the constraints of a major label?

Freddie Gibbs: I do what I want to do. If I wake up and I want to do an album with Weird Al Yankovic, then I’ll go do it. I don’t have no nigga pulling my strings. It’s just me—Gangsta Gibbs. Me and Jeezy are going to do work, but I’ll still do what I want to do. Everything is going cool between us though. Really, we’ve been on two separate paths as of late. I’ve been in Europe and finishing up this mixtape, and he’s been doing his thing.