While the world’s eyes may be steadily focused on the Brooklyn Nets and their new home at the Barclays Center, that doesn’t mean they’re the only NBA franchise with a fan base in New York. In a recent video shot by Page 31 at a press junket, Swizz Beatz gave fans something to be excited about this season for the New York Knicks.

During the Knicks’ Tip-Off Event last night, Swizz previewed the newly remixed version of the team’s theme song “Go New York Go.” Prior to playing the new song, the Bronx-born rapper and producer took a few shots at the Nets’ Barclays Center, saying “there’s no place like the Garden.”

“Now, I know there’s a lot of things going on around town with a bunch of other new places, but there’s no place like the Garden,” he said. “There’s no team like the New York Knicks…[and] this year, I sat down with the fellas, and they said it’s showtime. What time is it? It’s Knicks time…I want y’all to get used to that all year ‘cus they’re coming out harder, stronger, better, and they’re coming to rush the building.”

Check out the full preview below. 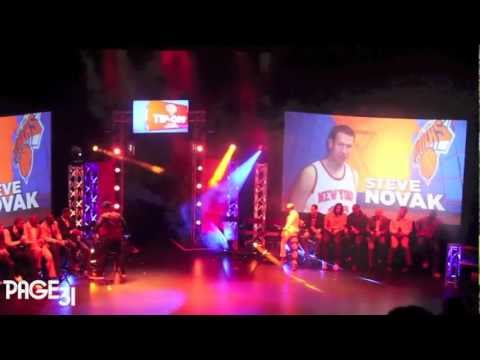