Lupe Fiasco Claims He Was Visited By Aliens As A Child

He’s been known to turn heads with his controversial political statements in the past, but Lupe Fiasco is sure to earn more than a fair share of looks with this revelation. In a recent interview with Power 106 FM via RapFix, the Chicago emcee reveals he has been visited by extra-terrestrial lifeforms.

According to Lupe, he remembers waking up one night as child to an alien spaceship emanating blue electricity outside his window in his native Chicago home. He says that he even bears a scar on his ankle that he believes he received during the visitation.

“When I was 11, I definitely had an extra-worldly experience,” he explained. “I got a scar on the bottom of my ankle, and I don’t know where it came from – I never had surgery there, I never remember falling there. I’ve done martial arts my whole life, it could be something from that…[but] I remember waking up and just being shocked, like I was surrounded by all this electricity. I was trying to call to wake my cousin up and roll out the bed and I couldn’t move, right? And then I was surrounded by this blue electricity, and then It stops and I look out the window and I see a black disc fly down in front of the window, sits there and then flies out.” 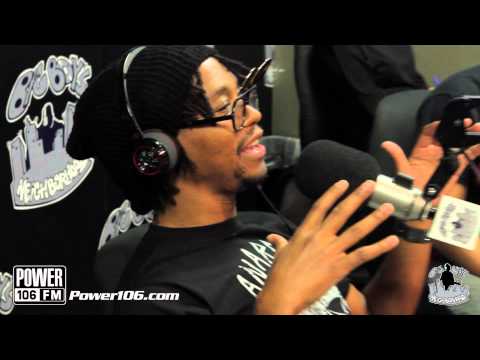 RELATED: Lupe Fiasco Says He Was Told Never To Say The “Pledge Of Allegiance” As A Kid