This September 25, Lupe Fiasco will release his long-awaited Food & Liquor 2: The Great American Rap Album, Pt. 1. Now, in a recent interview with Australia’s Music Feeds TV, the Chicago rapper gives an update on the second part of the forthcoming album.

Lupe said that that Food & Liquor 2: The Great American Rap Album, Pt. 2 should be coming out sometime after Christmas. He said initially, he wanted to release both LPs as a double CD project, but that his label wouldn’t go along with the plan.

“I originally wanted to do a double CD, and we were gonna put it out on Christmas,” he said. “But the label didn’t want to participate in that, so we’ll do a part one and a part two, put the part one out earlier than Christmas, and the part two after Christmas.”

Lupe also explained that the inspiration behind the all-black album cover to the first part of Food & Liquor 2. He explained that the decision to make an completely blank album was that he simply wanted to push the limits of his label Atlantic Records. Still, although he wanted to give Atlantic a hard time, he made sure to never sacrifice the quality of his music.

“The entire album is black – there’s no pictures and words in the album,” he said. “[The inspiration] was more – can I get the label to do that? Can I make that happen? Can I say, ‘Hey, I don’t want to put anything in the album and I want to make that happen?’ It was like a challenge almost, and I had to go through some legal battles and some wrangling back and forth, so it wasn’t as easy as I thought to put nothing in there. It was like one of the hardest albums that I had to do with putting nothing in it.”

He added, “[My relationship with Atlantic Records] is coming to a close, but we’re definitely going out strong and we’re definitely going out with good music. I’m definitely not going to cheat the fans or short-change myself or short-change my art for the sake of pissing my label off. It’s almost like I’m not even thinking about it; it’s just kinda like, ‘Let’s do the rest of these albums we have together and then off into the sunset.” 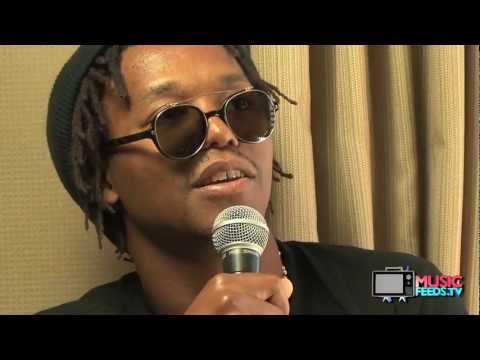