After speaking on the status of Three 6 Mafia and confirming that he’s currently doing his “solo thing” during an interview with Hot 97, Tennessee rapper Juicy J again spoke on the iconic Southern group while being interviewed by Sway of Shade 45.

The “Bandz A Make Her Dance”

rapper addressed the departure of Gangsta Boo from the group after hearing a clip of the former Three 6 Mafia member apologizing for leaving the group.

“She just left man. You know what I’m saying. It was all good, she just left,” Juicy J explained. “She just wanted to do her own thing so we wish her the best. Yeah, that was it. I don’t try to hold nobody back man. If you wanna do your own thing go ahead.”

“Man, it was hard. It’s still even hard now, but it’s like you gotta do more grinding now. Back then you had to grind, not as hard as you do now,” said the rapper. “You can have maybe one song in the 90’s and you could sell almost 100,000 copies of a little underground song. I mean Three 6 Mafia we went gold and never had nothing on the radio just independent shit. It’s still a grind, it’s just different.” 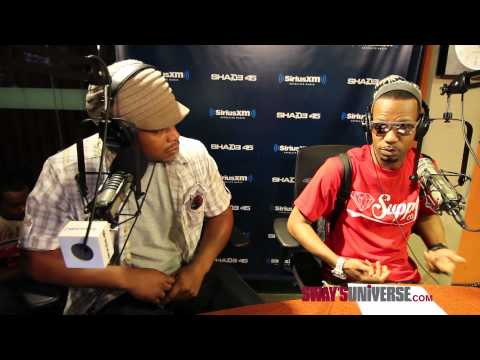