The comparisons have been made time and time again that Queens upstart Action Bronson sounds eerily similar to Staten Island veteran and Wu-Tang Clan emcee Ghostface Killah. Now, in a recent interview with Fuse TV, Pretty Toney notes the sonic overlap between him and Bam-Bam Bronson.

Ghostdeini the Great started off by praising the Dr. Lecter emcee, commending his lyrical ability and unique style. He admitted that both he and Bronson do sound alike, but recognized the fact that their vocal similarities are purely accidental.

“Action Bronson – I heard some stuff from him, he’s dope,” Ghost said. “He don’t look like he sound. But he’s got lines – and me, I’m into lines…his vocals sound like my vocals, but he’s not doing it on purpose. He’s cool, though, he’s mad, mad cool.”

Ghost and D-Block emcee Sheek Louch went on to speak on their upcoming joint album between their respective crews Wu-Block. Both emcees explained that the album is hard-nosed throwback to the older generation of Hip Hop – or as Sheek put it, “no skinny jeans [shit].”

“I know [Ghost] hates when I say it, but me, Jada and Styles been…fans of these brothers for a long time, their whole team and they’re still relevant and popping out there,” he said. “It was like, ‘Yo, we really gotta do something together on some real Hip Hop right now.’ The songs that we got together in the studio are ridiculous. I mean, we all went in, our partners went in, it’s crazy man. I think the streets are gonna love it. We tell everybody every night on stage, ‘This is no skinny jean [shit].”

Ghost added, “It’s homemade, yo. It’s one of those albums where it’s like, ‘This what’s been missing.’ When we heard it for the first time all the way down, I was happy – and I don’t really get to say that too much about making projects and stuff like that, but I was really, really happy. There’s nothing out there that’s like it.” 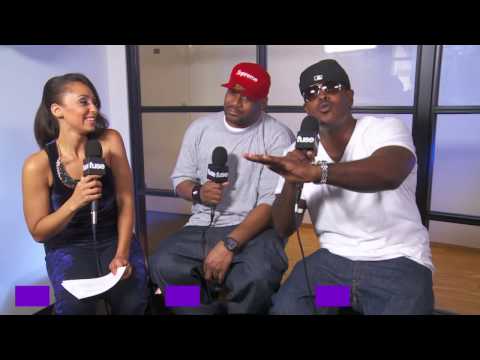