As T.I. readies his next album Trouble Man, the Atlanta emcee spoke on the possibility of recording with another Rap juggernaut, 50 Cent, with ThisIs50.com.

“Hey man, whenever 50 ready, man,” said T.I. of Fif, despite the fact that the Queens emcee suggested, on several occasions, that T.I. received light prison sentences because he snitched to police. “We just gotta find the right thing, because we so significant in our own right, to the cultures and the regions of people we represent. We gonna have to find something that speaks to those people.”

“I’m trying to get it done by the end of the year, man,” explained Tip. “I’m gonna do whatever it takes to make sure that when it comes out, it’s gonna be classic.”

T.I. also explained the difference between his mind state on this album and his last. “On No Mercy, I was apologizing for being Trouble Man. Right now, I’m embracing it.”

“There’s going to be some music on there that you gonna be like, ‘Yo, this is the T.I. I fell in love with.'” 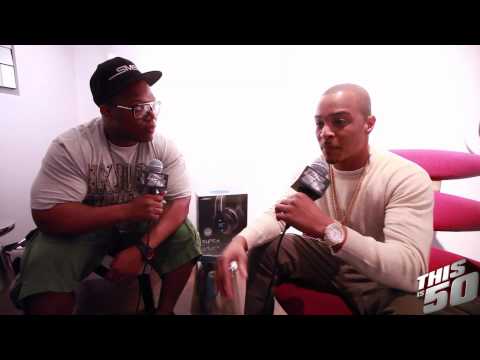