Even though it’s common knowledge that the man behind the mask is Daniel Dumile, a/k/a KMD’s Zev Love X, there’s still much mystery to the legendary DOOM. Now, in a recent interview with Frank 151, graffiti writer KEO shed som light on the one of the most intriguing aspects about Metal Fingers DOOM: his iconic mask.

KEO explained that he was introduced to DOOM in 1996 by a fellow graffiti writer, and then began collaborating on the cover to his seminal debut Operation: Doomsday. He said that eventually, they began working on the first version of his mask, which was a mask of Darth Maul from Star Wars Episode I: The Phantom Menace painted silver. Eventually, they came upon a prop mask used in the film Gladiator that became the mask he wears today.

“In 1980, I went to Music and Art, and I was already writing graffiti with a kid from Flatbush named Sync, Mark Pierson,” he said. “He introduced me to DOOM, and as soon as we got to talking, we realized we had all these connections, but we didn’t meet until ’96 when we started working on the artwork for Operation: Doomsday. Me and DOOM became really, really close really quickly because he would come to New York to work on projects and he would stay at my crib. He was a graffiti writer, he was an artist, a comic book head, and most of the artwork you see [on his albums] is his concepts.”

He continued, “His idea was to conceal his identity. For his first shows, we went out and got the cheap Halloween masks that you wore when you were a kid with the rubber bands round the back. [It was a] Darth Maul [mask], it was red and black, and I spray painted it silver, aluminum, Rustoleum and cut out the shape and square eyes and made a prototype. And he rocks that in the first video [‘Question Marks’ featuring Kurious], but then what we did was we went out and found the whole helmet from the movie Gladiator, so I took just the face plate off, and I took it to my boy who does sculpture in just metal, we shaped it a little, and then I took the webbing from the yellow construction work helmets…and I fastened [it] to the face plate so that he could wear it and it would actually swivel up.” 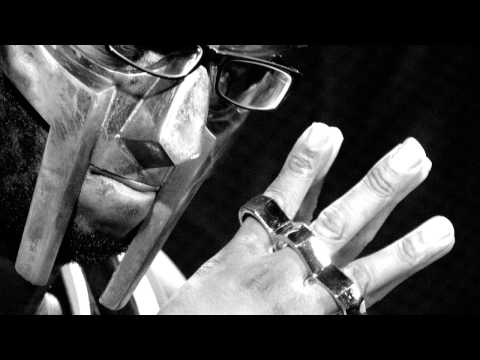