During an interview with The Life Files, Queensbridge rapper Nas had quite a lot to say when it came to a number of topics including the absence of lyricism in music, President Barack Obama, and more.

Nas seemed to defend the newer Hip Hop artists when asked what he thinks about music gradually becoming less lyrical, explaining that there’s music he’s feeling that sounds nothing like the type of music he creates. The rapper did add that there seems to be a lack of style in Hip Hop.

“I mean it’s so much Hip Hop music out there,” Nas explained. “It’s so much that it’s too much coming nonstop… I didn’t have the time to really pay attention as much as I used to, but it’s just people expressing themselves. People expressing themselves and just finding their way. And however you feel like doing that, do it…Some shit sounds amazing to me and it’s not nothing like what I do, but it’s amazing to me. There’s some stuff you’re gonna hate, some stuff you’re gonna like. I think there’s a lot of lacking of style in the game nowadays.”

The interview turned a bit more political as Nas spoke on President Obama who he says he fully supports.

“I support Barack Obama and everything he does,” said Nas. “It’s just a hell of a game and I never paid too much attention or cared about a president’s life until he got into office. I didn’t feel they cared about my life. I just feel like it’s a hell of a job. I think he cares about all Americans. And we can say, me being a black man, I’m proud to have that kind of black man in office because it takes that kind of black man…A lot of people want him to cater only to African Americans on their time, when they’re ready for him to do so. That’s ridiculous.”

Nas’ tenth studio album Life Is Good is expected to be released on July 17th. 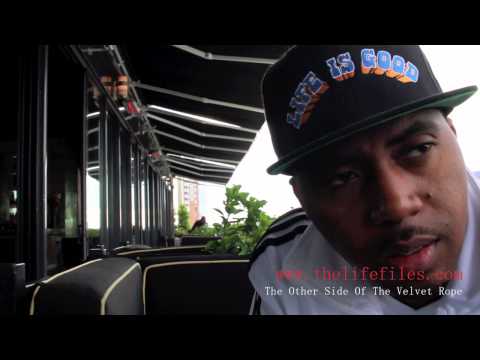