Much has been made about how Ice-T could make songs like “Original Gangster,” “Six In The Morning” and “Cop Killer” then go on to do decidedly non-gangster things like star in movies, television shows (sometimes as a policeman) and write books. During the call-in interview segment of his appearance on “Sway In The Morning,” Ice laughed off such assumptions.

“If you listen to my music, my music has always been anti-gangsta,” Ice explained. “I use the gangsta persona, but at the end of most of my records I end up dead. Or I’m telling somebody, ‘Hey if this is the road you’re gonna take, this is where you’re gonna end.’ Anybody who’s been in it can’t speak on it like it’s nothing. My thing has never been to promote drug dealing or hustling or whatever. It’s always had another side to it.”

Ice added that his history is true, documented and never been challenged. To that point, his autobiography Ice: A Memoir of Gangster Life and Redemption—from South Central to Hollywood, speaks on his upbringing in the Crenshaw section of West Los Angeles. Aside from direct and second-hand encounters with Stanley “Tookie” Williams, Ice recounts being affiliated with the Hoover Crip set through a girl he was dating while in the twelfth grade.

The full interview with Sway Calloway, can be seen below. 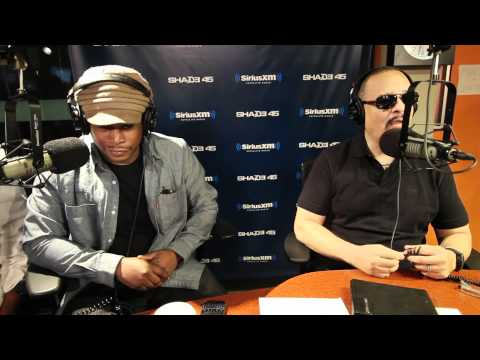