It happened to his Atlantic Records label-mate around this time last year when Lupe Fiasco’s Lasers was almost instantly panned by the Hip Hop masses for its shinier sounding, radio-ready selections, leaving the potentially powerful effects of the brilliant revisal of racial identity, “All Black Everything,” and the cunning message-music masquerading as a slick R&B number, “Coming Up,” to be lost to the indifferent dismissal in whole of Lupe’s ill-fated third full-length.

Currently, the same throwing out the baby with the bathwater mentality is affecting Diggy Simmons, as the young emcee is enduring the sting of self-aggrandizing critics and other judgmental detractors who have maligned his debut full-length, the recently released Unexpected Arrival, with similar complaints regarding sound and style all the while overlooking the surprisingly sharp lines and clever concepts of “Tom Edison.” Additional gripes about everything from Diggy’s prosperous upbringing to his fanbase of fawning teenage girls have like Lupe similarly suffocated his rhyming dissertations on race, class and personal progress and thus the potential of one of Hip Hop’s most promising new voices.

It was with that current state of affairs in mind that the remarkably mature 17-year-old was asked during his discussion with HipHopDX yesterday (April 11th) to deconstruct arguably the most unfairly overlooked selection from his debut, “Unforgivable Blackness,” to help the currently critical to possibly “think twice” about Diggy. Concluding his quick Q&A with DX, the son of Rev Run of the legendary Run-DMC additionally addressed his bold declaration that punctuates that stirring song: “The real emcees, I’m the last of it.” 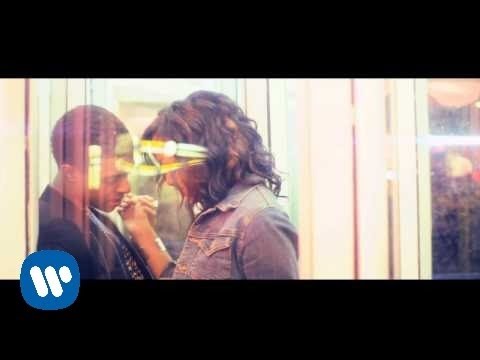 HipHopDX: First off I just wanna say that I personally think “Do It Like You” is one of the most refreshing radio records I’ve heard in recent memory.

DX: I would much rather hear you rhyming about a cutie that reminds you of your Mom than hear grown men rapping about racks or drank.

Diggy: [Laughs] That means a lot man. Thank You. 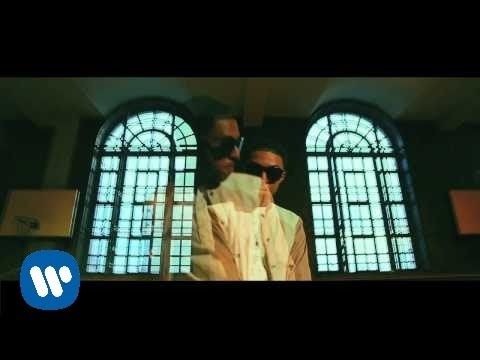 DX: Now, the song from Unexpected Arrival I really wanna delve into with you isn’t one of your chick-chasing cuts – although I should quickly note on behalf of my 16-year-old niece and all of your other female fans that “4 Letter Word” needs to be your next single if you wanna avoid a riot by teenage girls across the nation. [Laughs]

Diggy: [Laughs] It’s crazy, man. I’ve been all over since the album dropped and so to hear how many people’s favorite that is – without it even being on the radio – and hear people sing it to me is like the most flattering thing ever.

DX: The song I wanna discuss with you a little bit more in-depth is actually “Unforgivable Blackness.” First, did you get that title from Geoffrey C. Ward’s 2004 biography of the same name on the first Black heavyweight champion, Jack Johnson?

Diggy: I didn’t, and I didn’t even know that he used that. Actually, I really wanted to do a track that was as thought-provoking as “Unforgivable Blackness” but I didn’t have it towards the end of the [album recording] process. I did the majority of the album in L.A. [And], it was very scattered. I started the album in January of 2011 and I had been on like three tours [between] January of ’11 and when we ended the album in February of 2012. So when I got off the road – [from] the Scream Tour Holiday Edition, which was December of 2011 – I was about to go on my last trip to L.A. and I was just thinking to myself like, “Man, I didn’t make this track yet. I wanna do something that just talks about African-American culture and the way we treat each other and how far we’ve come, as far as equality and freedom.” And “Unforgivable Blackness” was what I thought about, and I was like, “This title, it fits.” So that’s where it came from.

DX: And why did you decide to speak more specifically about the friction that exists between the different economic classes of Black folks?

Diggy: Because some people are like you are cut from a different cloth than me or you come from a different place so you’re not as Black as me. But it’s crazy because your ancestor and one of mine could have been on the same ship together about to be slaves.

DX: “We’ve both seen racism on the same level.” Can you share a particular incident you personally experienced where your “father’s wallet size” didn’t prevent you from experiencing the wrath of race-based hate?

Diggy: Yeah, there have definitely been instances. Not like anything really, really crazy but things that made me feel a certain type of way. Because like, when you’re younger you’ll hear about [racism] and learn about it, but have you been through an instance, just one that’s been like somebody racist towards you? It’s crazy when it happens. It really makes you feel so angry inside of yourself. And it’s like until it happens you never really know how it feels. And so when it happened it was insane, like just the feeling that I got from it.

Diggy: Exactly. It’s like, it really doesn’t matter [what I do]. People are gonna think that way, but what I want that song to do is [make] the people with that type of thought process think twice. Like, “Wow, I really feel this way?” I say [in the song], “Kill your brother and it’s you that you only destroy.” You’re looking at a mirror image of somebody that is an African-American male as young as you – or you could be older than him, it doesn’t matter – and you’re trying to tear down the same exact person that you are, which is crazy.

DX: The last quote I wanna ask you about from that song is one that’s not nearly as heavy but is easily as eye-grabbing: “I don’t rap for the cash in it/I do it ‘cause I’m passionate/It’s my destiny I have to spit/The real emcees I’m the last of it.” Now, you know some Hip Hop heads are gonna bug out at that last declaration, but what do you say to the HipHopDX faithful makes you one of the last real emcees?

Diggy: I mean, I personally just think I am. Lyrically, my content, subject matter, just everything that I’m about makes me feel that I am. And it’s not coming from a cocky place or anything; it’s just the way that I feel about myself. And I feel like that’s how everybody should be: not look for approval from others to feel as though they can be or do whatever it is that they want to do. You have to have that belief in yourself before the rest of the world is gonna have it. So I feel as though I’m an emcee and I just wanna give Hip Hop something to be proud of.