AmadeuzTV’s “Fresh to Death” recently caught up with Freddie Gibbs while performing in the Bay Area. During the interview, the CTE signee hinted at a collaboration he has cooking with current tour mate Raekwon. He explained that the two first met while performing at Rock the Bells this past summer and that they are in talks to record together.

“It was dope [to perform at Rock the Bells with the likes of Raekwon], it was real dope getting to mingle with those guys,” he said. “I just got off the phone with Raekwon today, we’re probably gonna do a new record. To be in the presence of those guys and be able feed off their energy and learn, it’s priceless…I can’t give you all the knowledge, all the jewels that Rae dropped on me, but I can tell you that something dope is about to come out of that conversation.”

Gibbs also spoke about his super group with the Cool Kids, Chip the Rapper and the Blended Babies called Pulled Over by the Cops. He said that while the crew is planning to continue their work together in the future, the members are all focusing on their solo careers in the meantime.

“Them my niggas, man, that’s all I can say. We all get high together and we just make songs,” he explained. “I fuck with them, we’re gonna do some shit when things slow down for us. Right now, I’m just trying to be on my brand, this Gibbs shit, and I think I’m doing a good job with that shit. A lot of rap niggas, y’all niggas sitting at home on the weekends talking shit about me while I’m out here getting a check.” 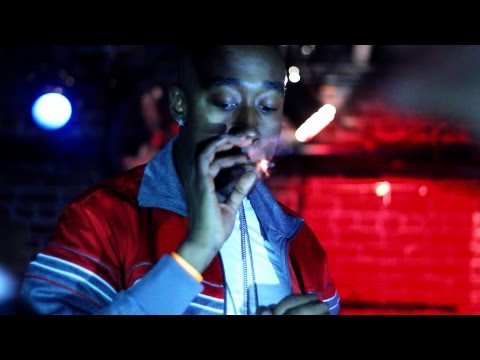