Following last year’s release of his Shady Records debut Radioactive, Yelawolf has revealed the title for his upcoming sophomore album. During an interview with Rhyme & Reason, Catfish Billy announced that his second LP will be titled Love Story, and that he plans to record the project this summer in Nashville, Tennessee.

“The title to my next album is Love Story. We’ll be recording in June, part of July in Nashville, Tennessee,” he said. “Just going to lock it down and bring my family back down together. I just got a lot boiling up. A lot of experiences the last couple of years. I just want to make a classic. The classic is the standard. I’m trying to make music that will last a lifetime.”

Yela, who was recently hospitalized for a ruptured spleen, also explained his recent tattoo of Johnny Cash and June Carter Cash on the back of his head. He said that it was inspired by his relationship with singer Fefe Dobson and why it was important to illustrate that with some fresh ink.

“I met a girl named Fefe a while back, and we kinda clicked on Johnny Cash and June’s relationship. I always looked up to Johnny and June, and Johnny particularly because of his cowboy style. Love one woman type of thing. I always kind of wanted that. She just became a very important part of m y life, and it’s changed a lot. That tattoo is just a show of appreciation and dedication for me to her, and then also our understanding of Johnny and June’s relationship and how I look up to Johnny Cash as an artist and a human, and how they carried themselves in the public. It winds and winds around in cycles. It’s a long story, but in short, that’s pretty much what the tattoo’s about.” 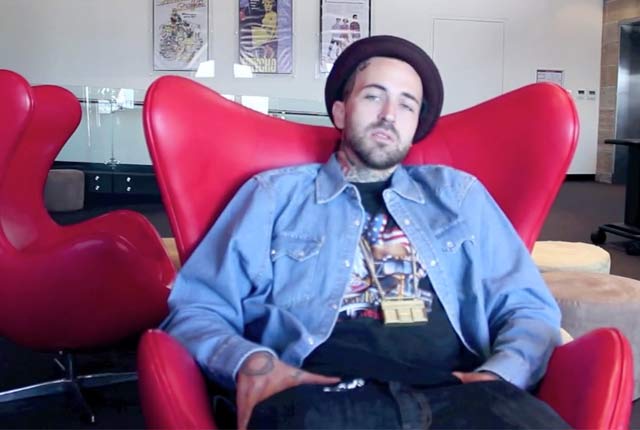 RELATED: Yelawolf Speaks On Ruptured Spleen, Says It “Put My Life In Check”