Yelawolf Speaks On Ruptured Spleen, Says It "Put My Life In Check"

Earlier this month, Yelawolf was rushed to the hospital in Madison, Wisconsin after rupturing his spleen, which put him in the ICU unit for several days. Breaking his silence on the incident, Yela spoke with Rhymes & Reasons Magazine about his life-threatening injury, explaining how he knew it was serious from the jump.

“It started in Los Angeles when I jumped out of some rafters. I jumped out, stage-dived, and landed on someone’s head and come to find a month later that I broke their nose. But at least I landed on someone’s face, I guess,” he said. “I might have ruptured my spleen then, and then in Madison, Wisconsin, I jumped into the crowd and I think I hit my back right on the button and it popped and I had internal bleeding and it ruptured my spleen.”

Catfish Billy headed to the hospital after his show. He was placed in the Intensive Care Unit for several days, and was forced to sign papers that removed fault from doctors if he passed away during surgery. Yela thanks his girlfriend, singer Fefe Dobson, for nursing him back to health, and says that it put his “life in check.”

“I knew something was wrong immediately. The pain was crazy and I was rushed to the hospital. Spent a couple days in the ICU and then a couple more days in the hospital. It was serious. I signed some serious paperwork over to the team of surgeons and shit. But I recovered without having my spleen removed. I had to cut my tour off though,” he continued. “I’d say these last 2 weeks have been pretty surreal, sitting in ICU with those fuckin’ plugs hooked up to my body, and signing papers that say ‘If you die, we’re not responsible.’ It put my life in check.” 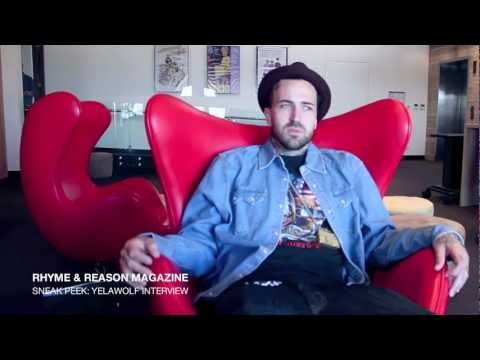