Tyler, The Creator Thrown Off Stage During Gucci Mane Performance

Tyler, the Creator may be down with Waka Flocka Flames’s Brick Squad movement, but that apparently doesn’t matter too much to Gucci Mane’s security team. This past February 29, the Odd Future Wolf Gang Kill Them All producer/rapper was forcibly removed from the stage during a Gucci Mane performance in Los Angeles.

According to XXL, Wolf Haley attempted to crash the stage during Gucci’s set at the G-Shock release party for The Hundreds and Casio’s collaborative watch. The Atlanta rapper’s security reacted quickly, grabbing Tyler by the throat and shoving him off stage. Later in the performance, the rapper returned to the stage and dove off the stage into the crowd.

Despite the incident, the Golf Wang hooligan did manage to snag a flick with Gucci, as seen above. Footage of Tyler’s antics can be seen below, courtesy of PeepSent. 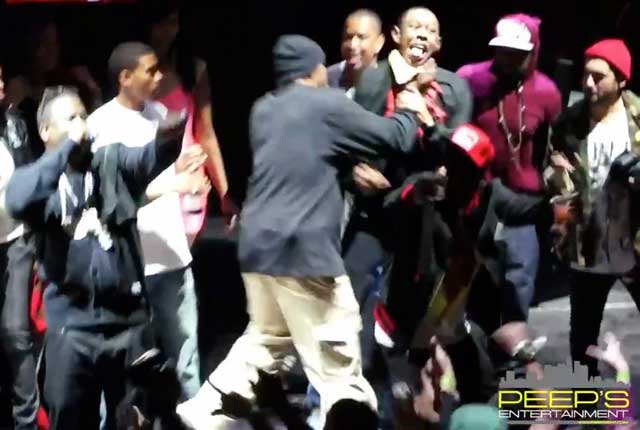