Chronicling exactly where you were and what you were doing upon hearing the news that Biggie Smalls was shot and killed has long been a topic of conversation in various Hip Hop circles. The subject holds particular significance to Jan Jackson—a former girlfriend of Big who also shared their daughter Tyanna with the legendary Brooklyn emcee.

“I had thrown a little ‘Soul Train’ party because of the awards,” Jackson recalled to Hot 97’s Peter Rosenberg and K. Foxx. “I had a couple of friends over or whatever the case may be. I cooked chicken and had a little drinks…I had spoken to [Notorious B.I.G.] maybe a couple hours after the show but before [he died].” 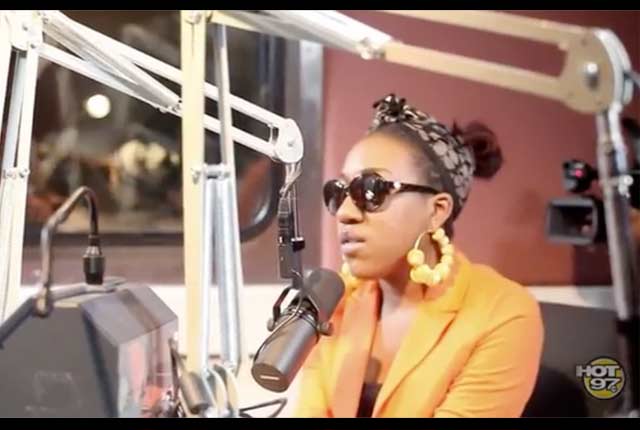 Jackson called the entire 24-hour period surrounding Big’s death “surreal.” At the time, she says she had no relationship whatsoever with Big’s then estranged wife, Faith Evans. One positive result since Big’s passing has been a blended family consisting of both Jackson’s children with Big as well as Evans’. Tyanna Wallace, Big’s eldest daughter echoed those sentiments.

“It’s not, ‘Do you have half brothers or sisters?’” Wallace explained. “It’s just natural. They’ve always been there, so it’s not an awkward thing.”

The entire Hot 97 interview, which also features Jackson’s thoughts on the movie Notorious as well as her relationship with Sean “Diddy” Combs and Bad Boy Records, can be seen below.