This week’s Sunday segment is comprised of a Queens, New York emcee who is the constant incumbent of this feature. This time around it’s his work with some Rap contemporaries, as well as a song with a Blahzay Blahzay hit-maker that hooked us. Additionally, one Kanye West’s oldest friends in this music industry is really pushing ahead with some heartfelt raps.

I must admit, I’m a little shocked “Bronsonmania” hasn’t caught on more by now – not the song, the actual mania. Forget sounding like Ghostface, Action Bronson talks as reckless as Big Pun (and competes in size), while dropping these foodie references at inappropriate times. The rough cut of the song “Bronsonmania” came out last summer, but it was slower with a beat less shit-talkitty. PF Cuttin’s production this time around allows for Bronson to stick out his tongueand say stupid lines like “You never know the type of pickle you in / till you wake up in a cell and nuts are ticklin’ your chin.” That’s the beauty of Bronson: he’s big, he’s bearded and he doesn’t give a damn what you think. You can liken him to Rick Ross in a very aesthetic way, but the reality is that this man is paving his own lane. The comments on DX for this song are pretty funny – suggesting the track is too sweet (diabetes and insulin references everywhere which double as pot shots at Bronson’s size). That’s cool though; a certain Rap legend once talked about chasing tail in the same line as “A T-bone steak, cheese eggs, and Welch’s grape.” Not saying Bronson is there yet, but at least give the Rap lumberjack a chance to try. – Kathy Iandoli (@Kath3000)

I have always thought that G.L.C. deserved better. Along with Consequence, he was an exciting part of the first generation of G.O.O.D. Music. Gangsta Legendary Crisis has one of the coolest voices and styles of any emcee. He’s distinctly Chicago, and had a vibe that translates well to feature work with longtime friend Kanye West or Kendrick Lamar. At times, I think there’s a great deal of wisdom, but I want more substance. This past week, my good friend Amir of Freeway’s Blame The Label squad told me to check “Reach For The Top.” I found it as powerful as he did. In an era where production seems to provide makeup for medicore rapping. Truth be told, I can’t stand this beat from Eternal Sunshine Of The Pimpin’ Mind

. What I love however, is the personal rapping from G.L.C., how he begins each verse, and how easy it is to relate. All men seem to struggle to make their mothers proud, we’re all tempted by material goods, and it’s easy to confuse our potential. This is why G.L.C. deserves more credit, and truth be told, I’m ready for him to put away the constant stream of mixtapes, and bring this type of amazing songwriting to a proper studio album. – Jake Paine (@Citizen__Paine) 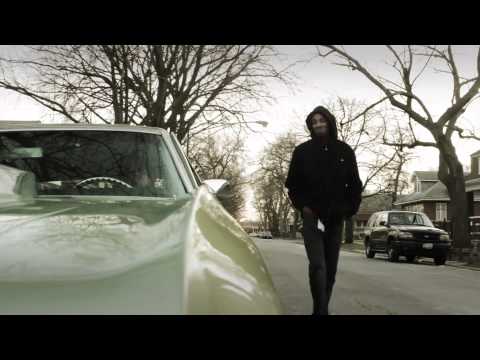 As if you’re not already tired of my Action Bronson musings, I wanted to throw in his “Dear Heather” track as my own Slept-On double-up. This track comes off Bronson’s “Closed Sessions” and once again displays Bronsonlino’s chameleon-like tendencies, which is something of surprise. Bronson works through this smoothed out cut in a way that isn’t too abrasive (despite still managing to inject some semi-perverse musings), while Macie Stewart irons out the wrinkles on the hook. Rockie Fresh steps out of his own Pop-Rock-Rap comfort zone to get his mellow on too. Together it makes for a softer track without being “soft.” Of all the times people compare Bronson to Ghostface, this is perhaps the most spot-on (outside of his voice, of course). Ghost has that ability to take a mid to down-tempo cut and still make it feel “Hip Hop.” Kudos to Action et al for doing the same. – Kathy Iandoli (@Kath3000)